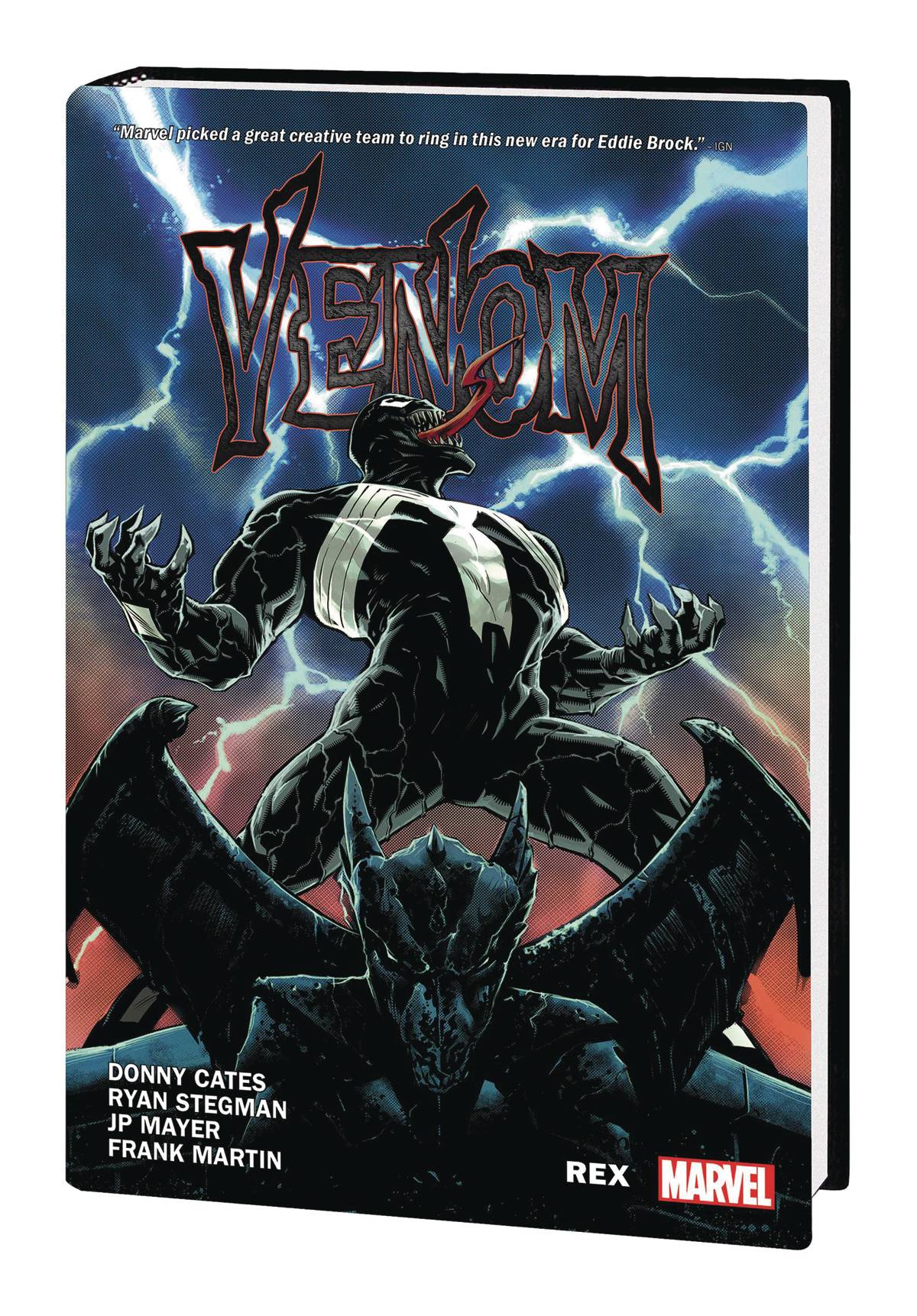 #
FEB201037
(W) Donny Cates (A/CA) Ryan Stegman
Continuing the series of graphic novels handpicked by Marvel Editorial to showcase pivotal storylines written and drawn by some of Marvel's most acclaimed creators! Beneath the streets of New York, an ancient and primordial evil has been awakened. With it, something equally evil has been awakened in that most wicked of web-slingers: Venom! The symbiote may still be a Lethal Protector of innocents in New York, but this never-before-seen threat could possibly force Venom to relinquish everything it holds dear - including its human host, Eddie Brock! As Eddie and Venom summon the strength to defend New York against the most powerful foe they've ever faced, there's one more thing standing in their way: Miles Morales, Spider-Man! Two of the hottest creators in comics today, Donny Cates and Ryan Stegman, join forces to put Venom through a nightmare a thousand years in the making! Collecting VENOM (2018) #1-6.
Rated T+
In Shops: Sep 30, 2020
SRP: $24.99
ORDER WISH LIST