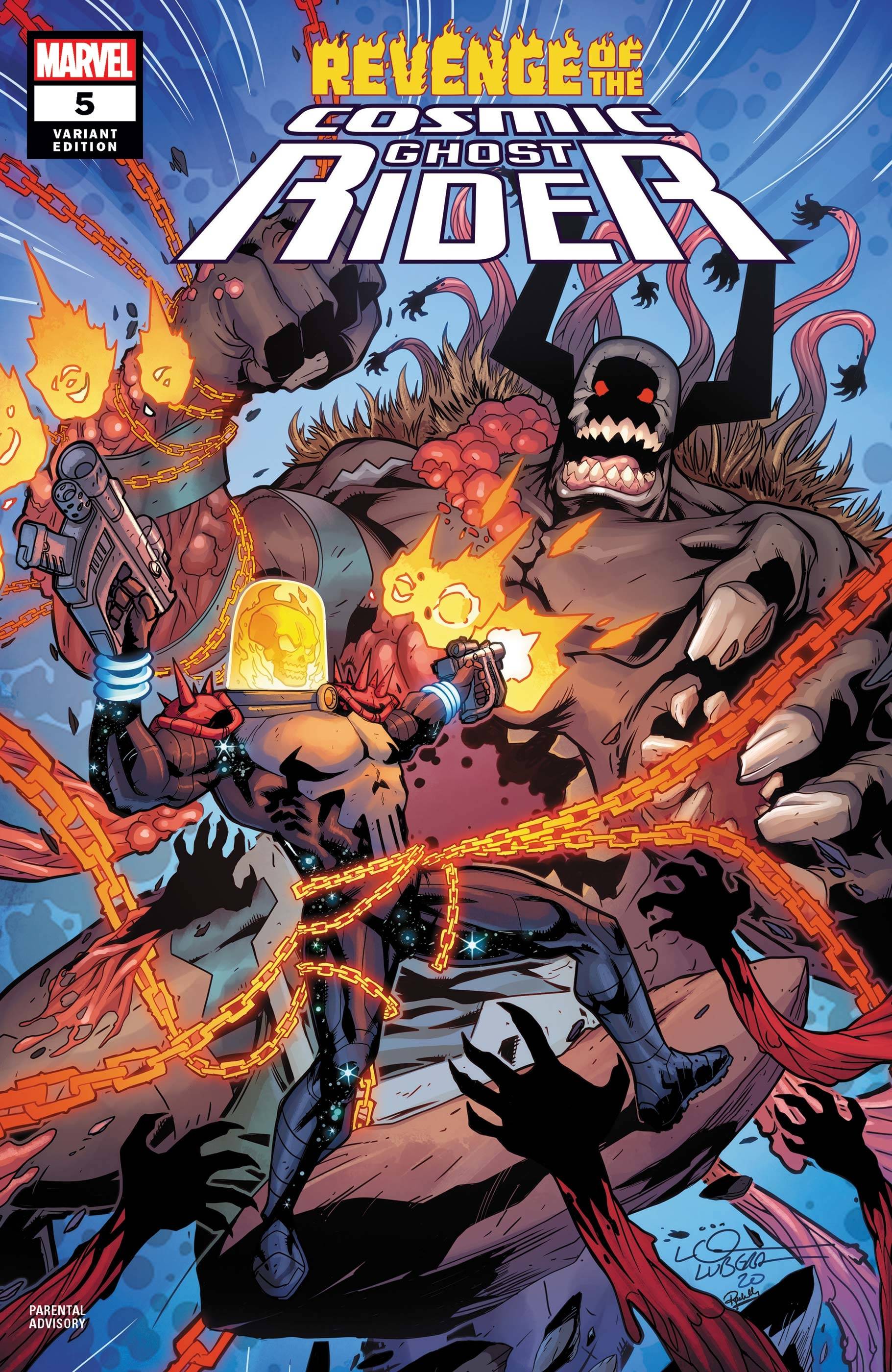 #
FEB201006
(W) Dennis "Hopeless" Hallum (A) Scott Hepburn (CA) Logan Lubera
• Cosmic Ghost Rider launches a one-man war as Cammi's soul is dragged to hell!
•  But as Cosmic Ghost Rider battles through the underworld to save her, he'll discover that there's something more dangerous than damnation lurking in the inferno...
•  Don't miss out as the explosive creative team of Dennis "Hopeless" Hallum and Scott Hepburn raises hell in this epic series finale!
Parental Advisory
In Shops: Aug 12, 2020
SRP: $3.99
View All Items In This Series
ORDER SUBSCRIBE WISH LIST