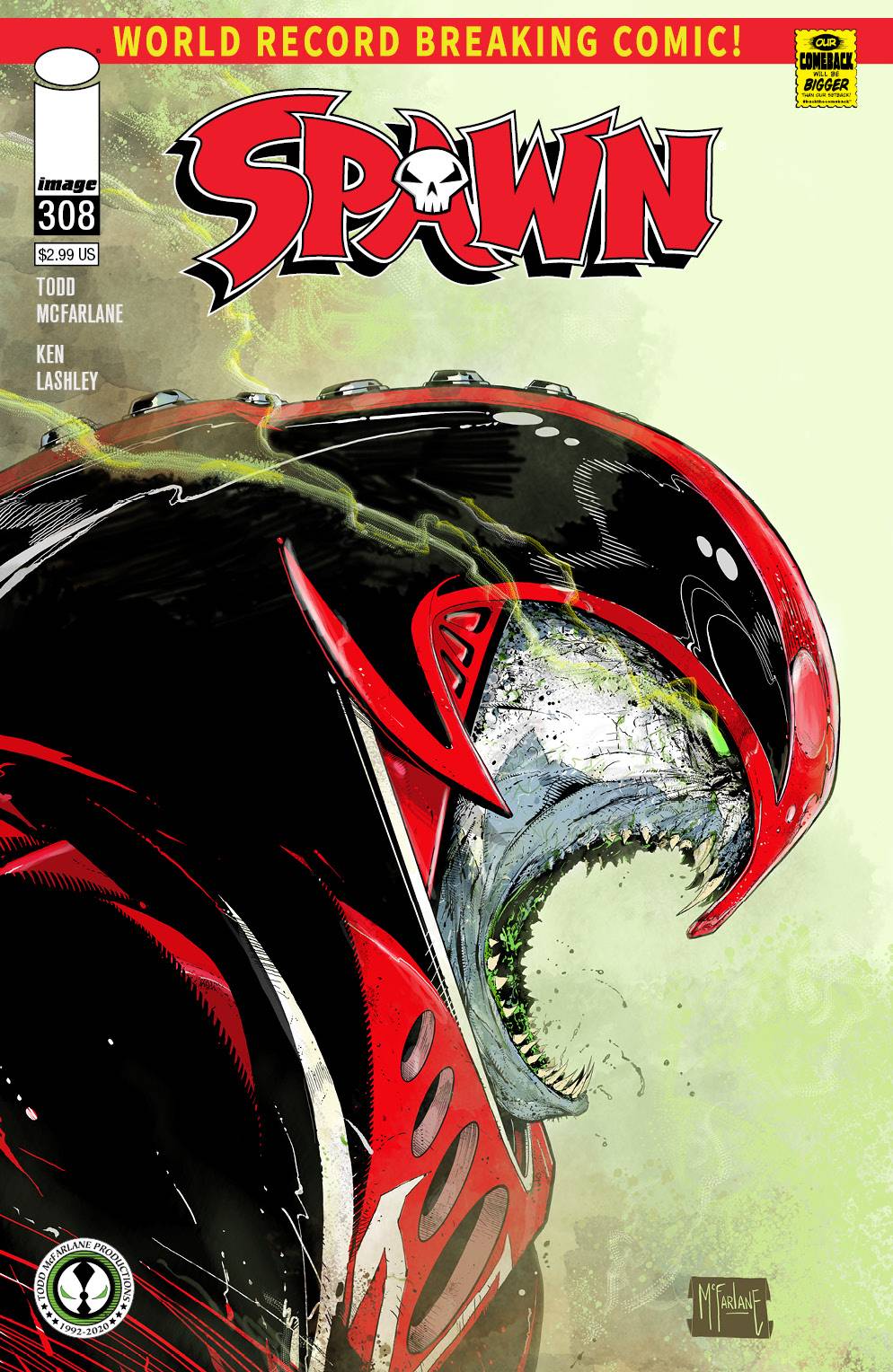 "CONSEQUENCE OF SIN," Part One
TODD McFARLANE and KEN LASHLEY continue to expand the SPAWN Universe. With the future in doubt and Medieval Spawn's legacy in question, Spawn, She-Spawn, and Reaper go on the offensive. But a long-time ally has shown his true colors, and Cogliostro rallies an army and a deadly new recruit...GUNSLINGER SPAWN.