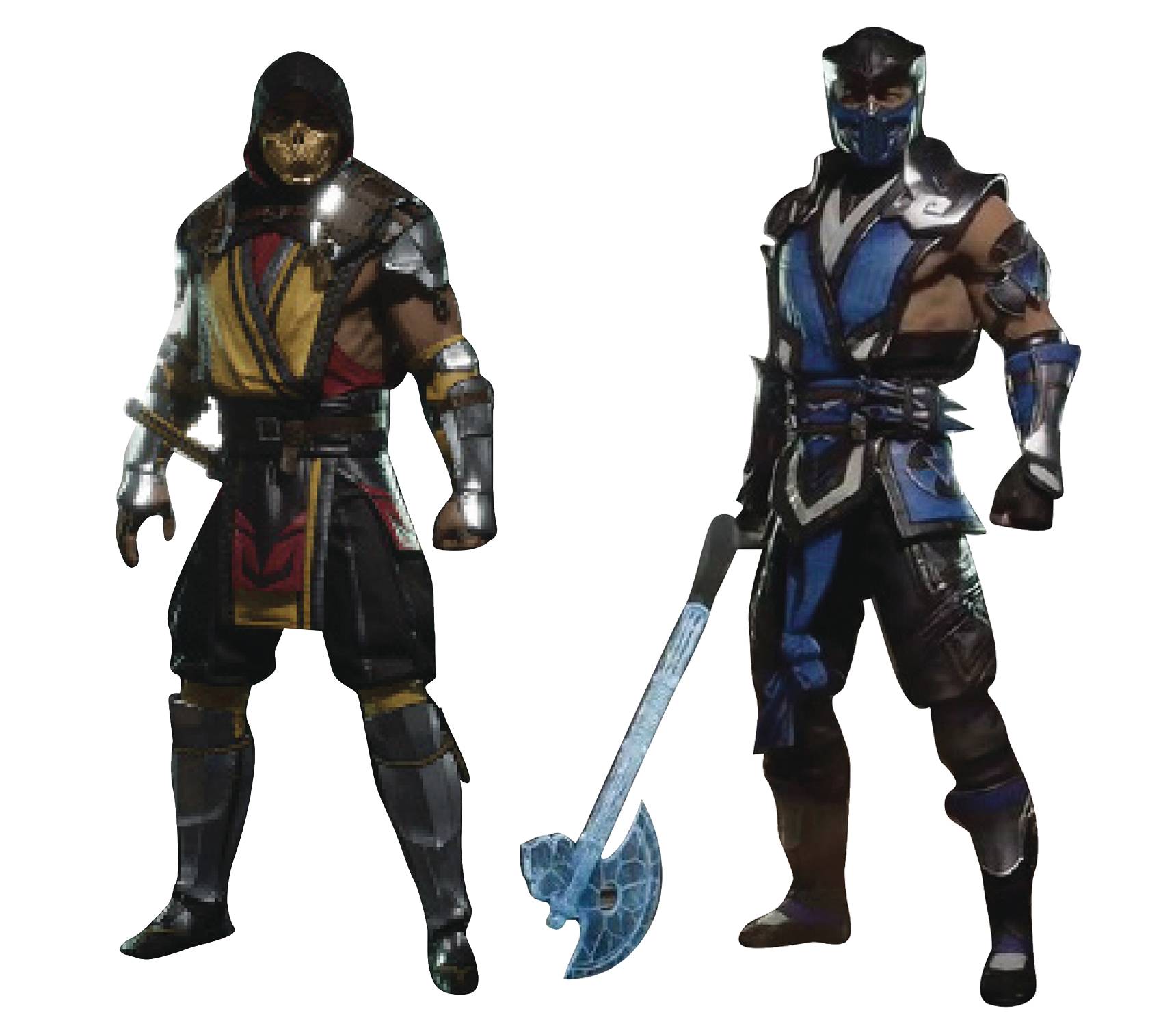 #
FEB198886
From TMP/Mcfarlane's Toys. Mortal Kombat takes place in a fictional universe consisting of eighteen surviving realms which were created by the Elder Gods. Heroes, warriors and gods fight for the continued freedom of their respective realms, fight to overthrow others, or fight for pure destruction! These Incredibly detailed 7" scale figures based on the bloody Mortal Kombat gaming franchise are designed with Ultra articulation with 22 moving parts, and each comes with a base, and various character specific accessories! Collect Scorpion and Sub-Zero from Mortal Kombat XI, each cmoes showcased in Mortal Kombat themed window box packaging!