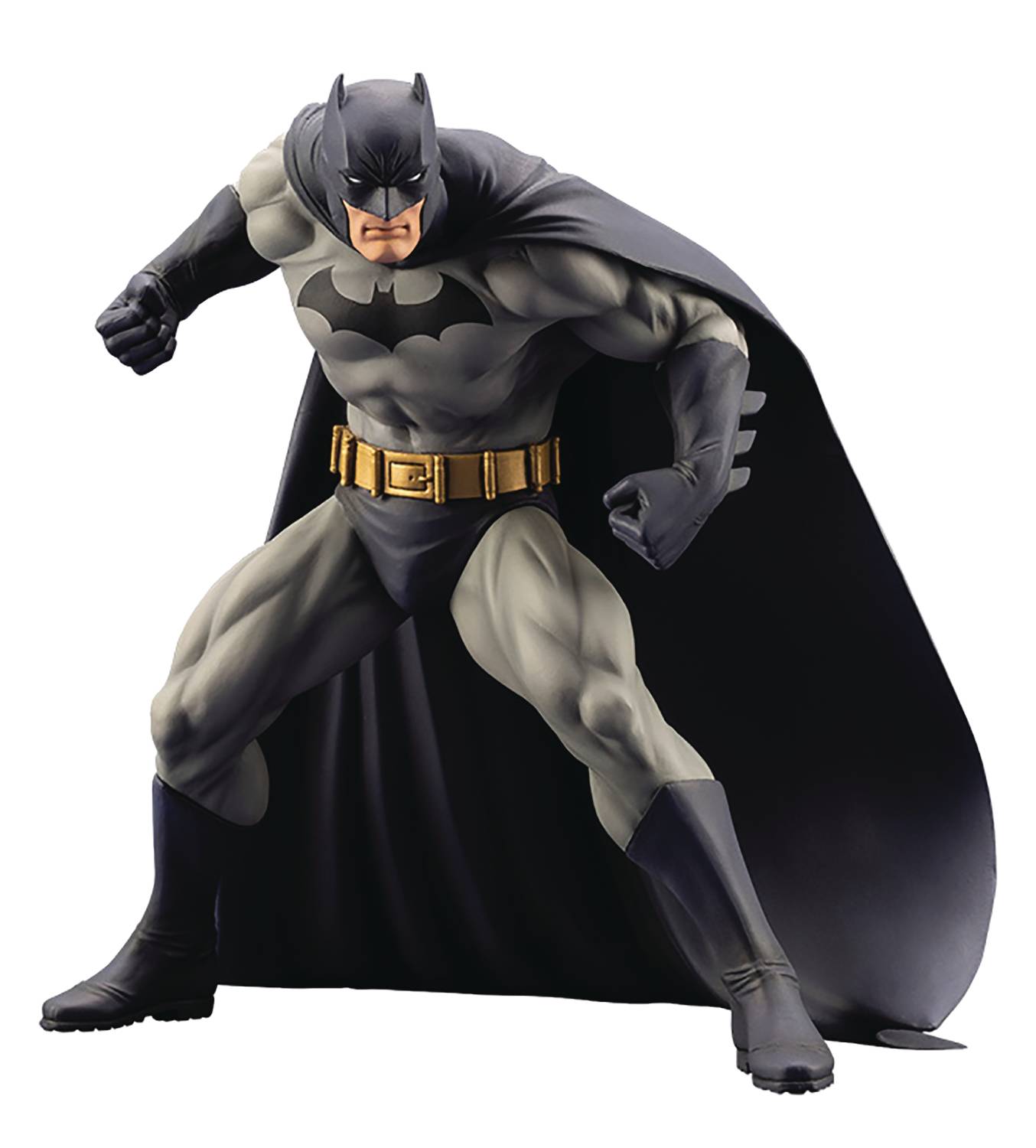 # #
FEB198617
From Kotobukiya. From the creator of the famous Batman mysteries Batman: The Long Halloween and Batman: Dark Victory, Jeph Loeb, with art by the famed penciler Jim Lee, Kotobukiya presents an ARTFX+ statue from Batman: Hush! Batman appears in his blue costume from the story, his muscular silhouette poised and ready for battle that fully encapsulates Gotham City's Dark Knight! Batman stands firmly upon a metal base printed with a bat logo thanks to the magnets embedded in the figure's feet. Note: This product is a single-pack re-release of the ARTFX+ Batman & Robin Two Pack from February 2017. This new single pack features updated packaging and a new color scheme from the original product.This statue is the first in a series of commemorative items for Batman's 80th anniversary in 2019!