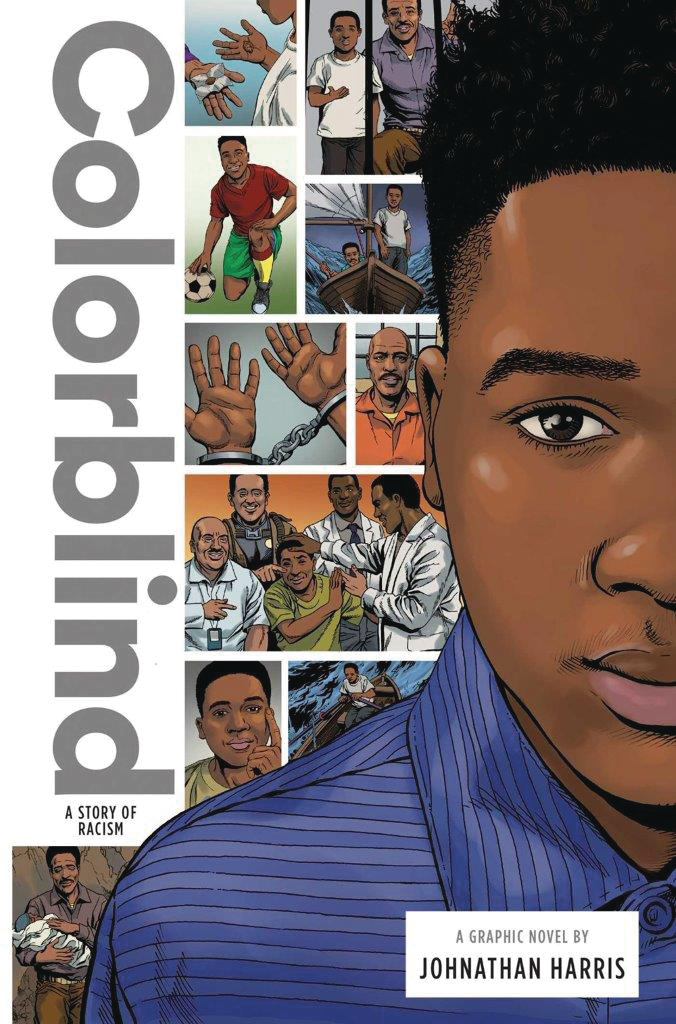 FEB192092
(W) Johnathan Harris (A) Garry Leach
Johnathan Harris is fifteen, and lives in Long Beach, California, where he loves playing soccer with his friends, and listening to their favorite rapper, Snoop Dogg. His mom, dad, and three brothers are tight, but one of the most influential family members for Johnathan is his Uncle Russell, a convict in prison. Uncle Russell taught Johnathan to see people from the perspective of their cultures, and not just their skin color. But when Johnathan was just eight years old, something happened that filled him with fear and the very hatred that Uncle Russell had warned him about. What happened to Johnathan made him see that a dream of a colorless world was just that. A dream. Colorblind is Johnathan's story of confronting his own racism and overcoming it.
In Shops: Apr 17, 2019
SRP: $12.99