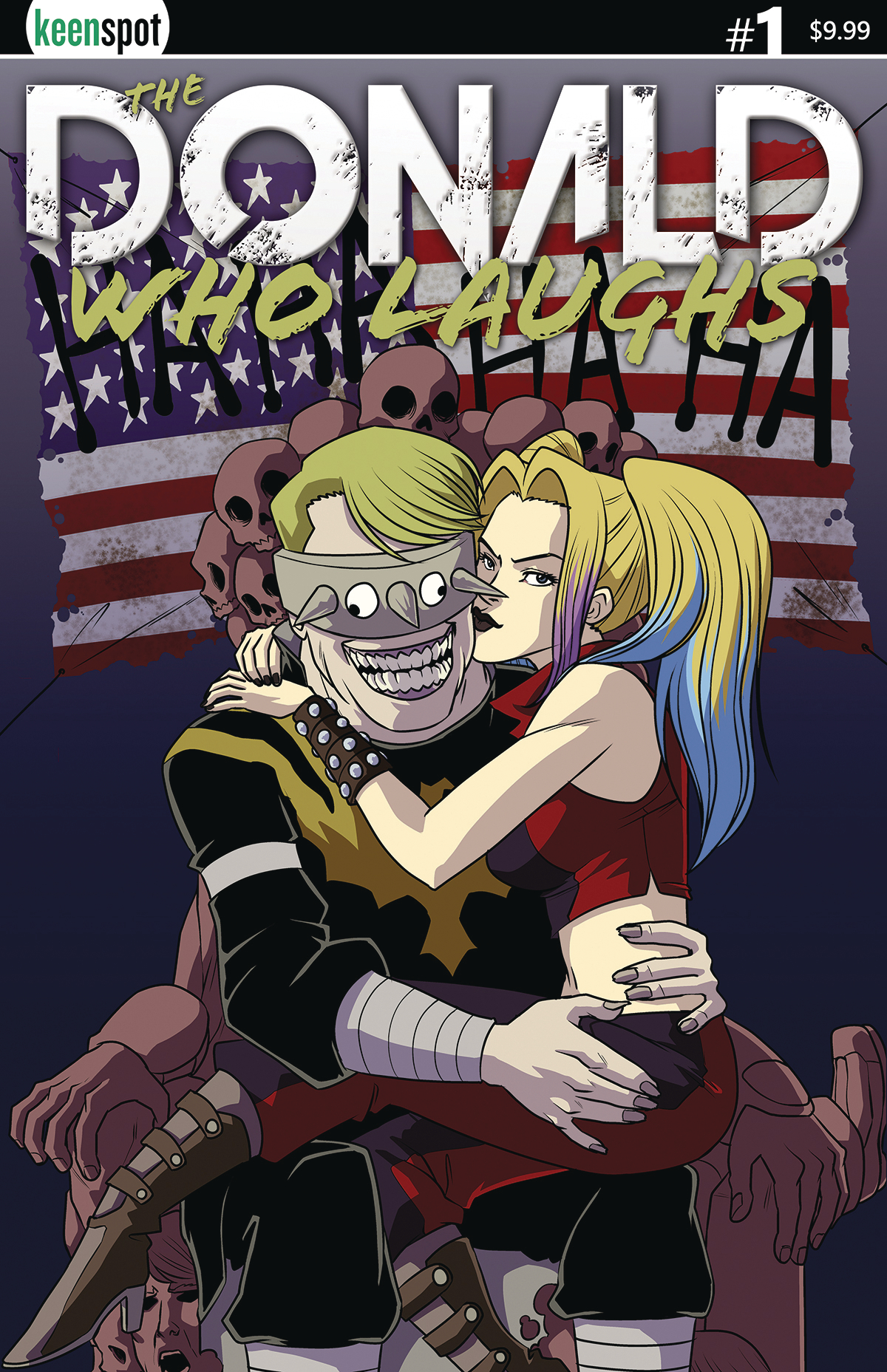 FEB191829
(W) John Barron (A/CA) Shawn Remulac
President Donald J. Trump, the most powerful superhero in the universe and the leader of the greatest super team in history, has been defeated by the only person who ever could... himself!  Following the events of Dark Donalds: Mental, it looked as though The Donald Who Laughs was gone forever. Surprise surprise surprise, he was too popular to not survive!  The Trump's Titans saga continues in an all-new #1, because #9s are for losers, and The Donald Who Laughs can't lose!
In Shops: May 29, 2019
SRP: $9.99
View All Items In This Series