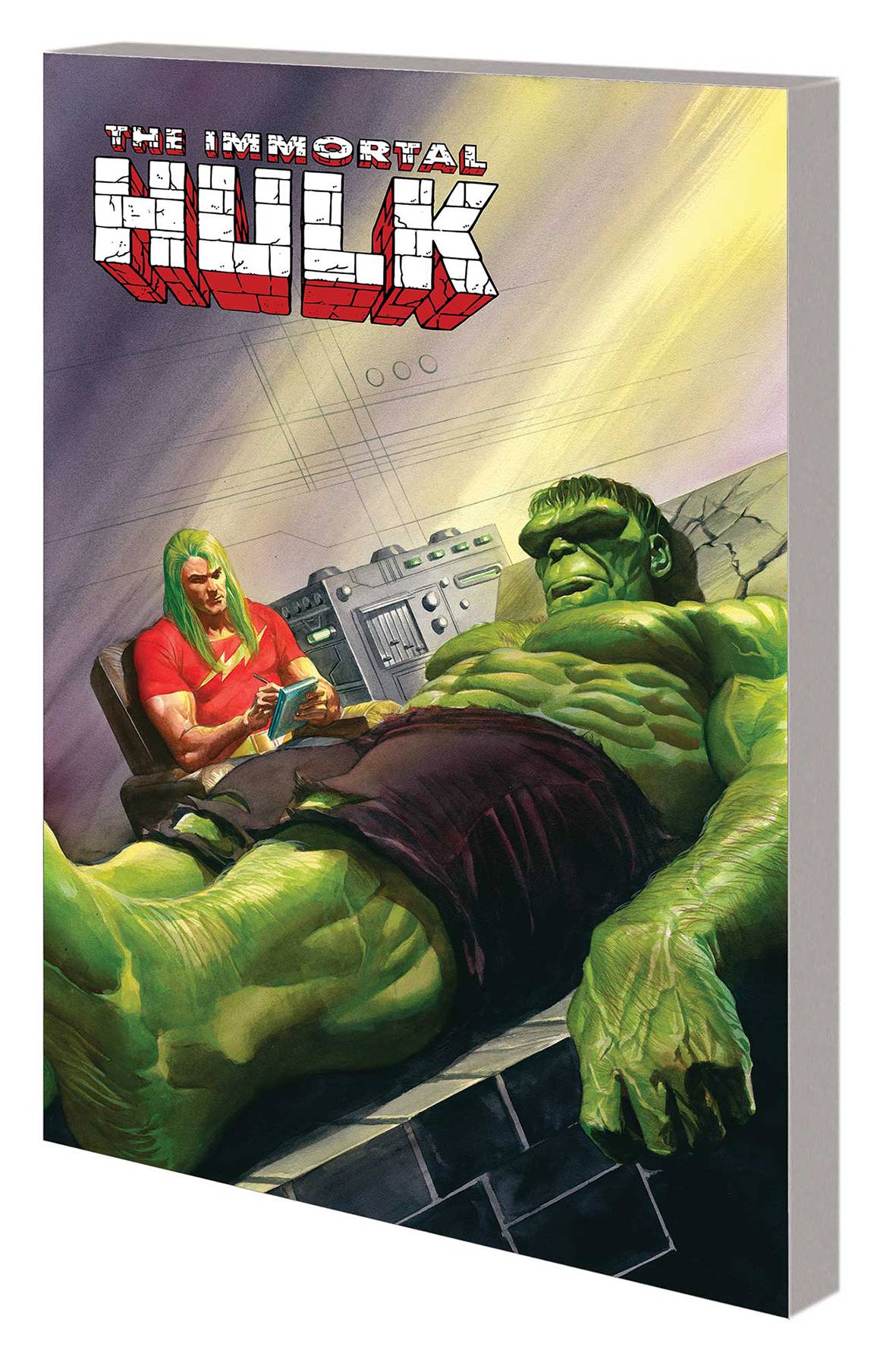 #
FEB190998
(W) Al Ewing (A) Joe Bennett (CA) Alex Ross
Carl Creel is in Hell. Walter Langkowski is in Hell. Eugene Judd is in Hell. Los Diablos is in Hell. Shadow Base is in Hell. New Mexico is in Hell. We are all in Hell...and so is the Immortal Hulk! And now the creature that rules Hell has come to collect. It whispers through many mouths. It destroys with many hands. Its only weapon is hate. It wears human souls like masks to work its will. But in the lowest Hell, underneath all others, all the masks come off - and the One Below All is revealed! Bruce Banner belongs to him. But the Hulk...not even Hell is strong enough to hold the Hulk. Meanwhile, in the world above, two familiar faces resurface: Betty Banner and Doc Samson! What will their returns mean for the Immortal Hulk? Collecting IMMORTAL HULK #11-15.
Rated T+
In Shops: May 15, 2019
SRP: $15.99
View All Items In This Series

The greatest debate of this generation: CARTOON NETWORK VS. NICKELODEON. Join us every Wednesday at 5pm ET/1pm PT!