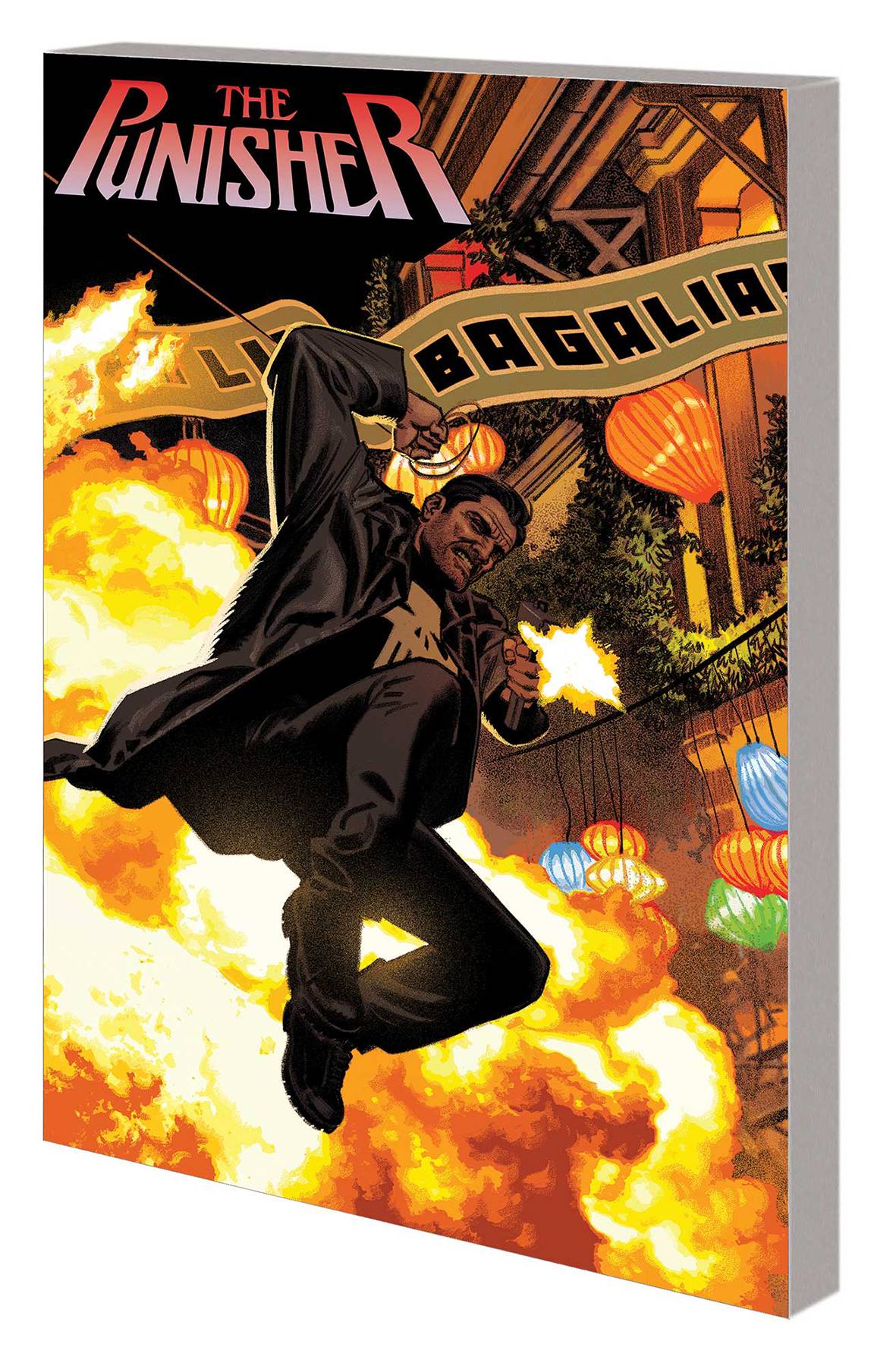 #
FEB190994
(W) Matthew Rosenberg (A) Szymon Kudranski (CA) Greg Smallwood
The Punisher is extradited to the worst place imaginable: Bagalia, Hydra Nation itself! Frank Castle has been in jail before, but never one like this - on an island country packed to the gills with super villains! But just as the Punisher enters the lion's den, Baron Zemo makes his move! Zemo plans to turn Bagalia into a legitimate nation, but what chance does the rule of law have in a land of outlaws? And can Zemo's lofty goal withstand the Punisher's determined fury? Frank gets loose on the streets - but even for someone as notoriously hard to kill as the Punisher, an entire island of villains just might do it. And desperate times for Zemo call for some truly desperate measures! Prepare for open war on the streets of Bagalia! Collecting PUNISHER (2018) #6-11.
Parental Advisory
In Shops: May 29, 2019
SRP: $17.99
View All Items In This Series
ORDER SUBSCRIBE WISH LIST