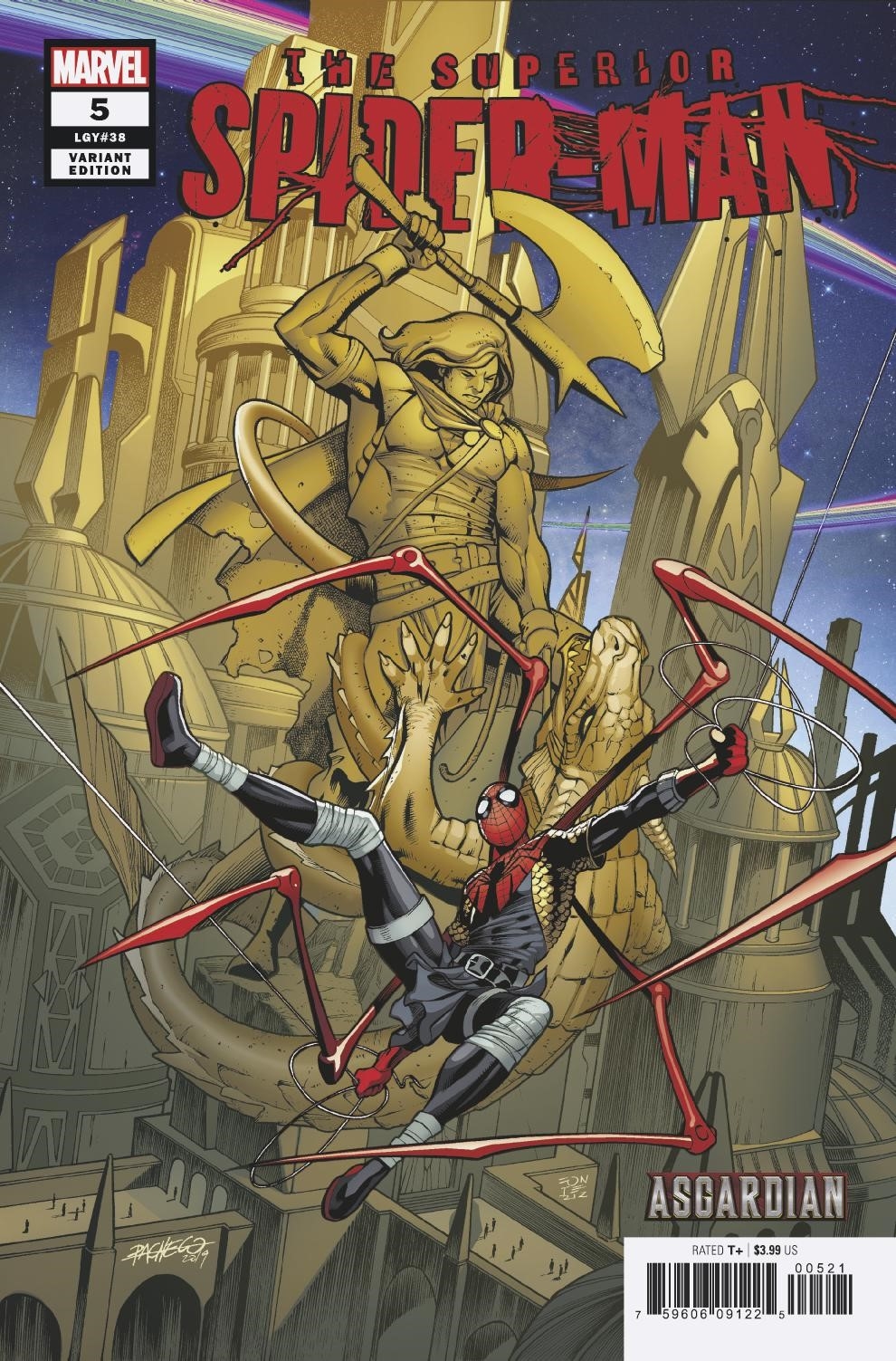 FEB190866
(W) Christos Gage (A) Mike Hawthorne (CA) Carlos Pacheco
• After the cosmic threat of Terrax, Otto Octavius, the Superior Spider-Man, is ready for the usual Spider-Man fare of street-level villains.
•  So he's none too pleased when a major magic threat rears its ugly head and he's forced to...ugh...ask for help...
•  ...from guest star DOCTOR STRANGE! But will Strange help Otto or take him down?
Rated T
In Shops: Apr 24, 2019
SRP: $3.99
View All Items In This Series