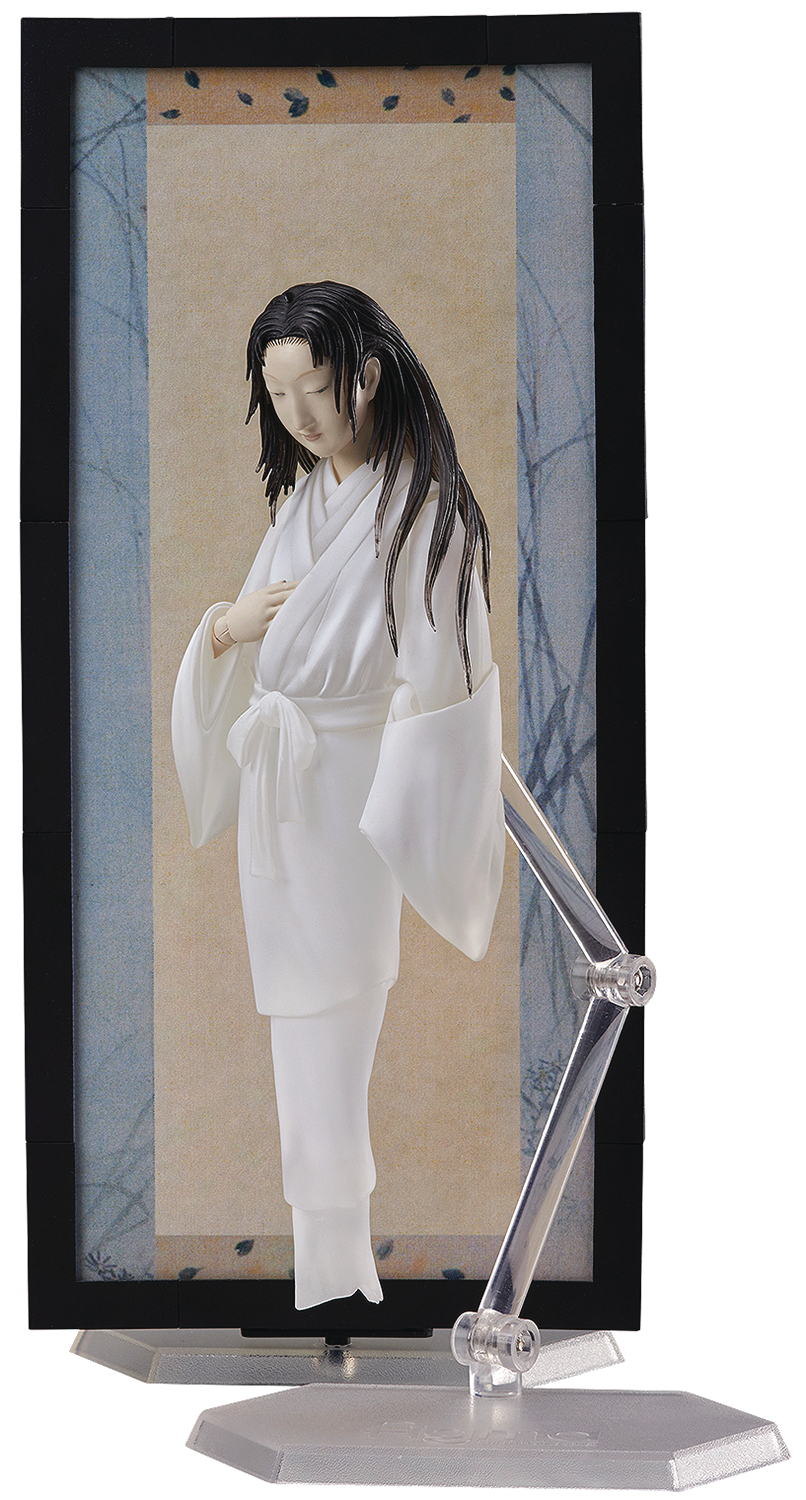 FEB188384
From Good Smile. A moving version of the origin of Japanese horror, the Yurei-zu! The Table Museum is a series of figma figures based on famous works of art that almost anyone will recognize! The ninth figure to join the series is the famous work by Maruyama Okyo created during the Edo period of Japan - the Yurei-zu! The original work was is considered the first ever illustration to depict a ghost with no legs, and all the details of the original have been carefully converted into an action figure! Special interchangeable parts also allow you to switch the figure into the even more eerie version of the work! Enjoy the mysterious ghost illustration in figma size! Because the figure is based on a famous illustration, it comes complete with a frame and background to use as a display, allowing you to pose the figure as if popping out from the frame. An articulated figma stand as well as a background panel with frame are included.