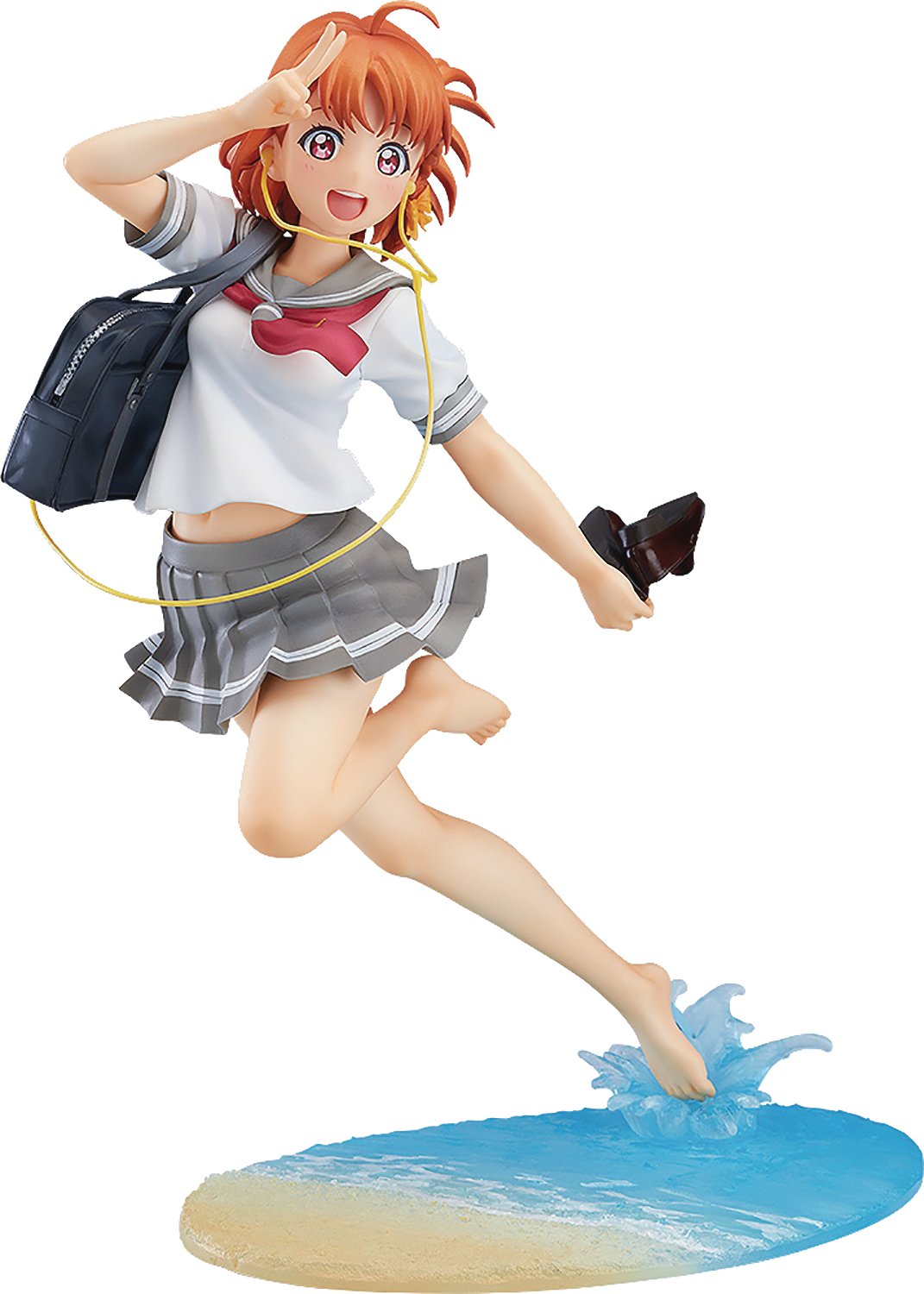 FEB188381
From Good Smile. The first in a series of Aquors members figures based on their Blu-ray jacket illustrations! With Fans! is a new brand of figures that brings Bandai Visual's series and the artisans at Good Smile Company together in order to create products that fans all over the world have been hoping for! The very first figure to be released as a part of the project is a figure of LoveLive!Sunshine!!'s Aquors member Chika Takami! Chika is sculpted in 1/7th scale based on the illustration that was used as a jacket illustration for the Blu-ray release of the series! She has a lovely cheerful smile on her face as she dashes along a beach. The figure captures all the details of the original illustration as faithfully as possible, but also allows you to see all the angles that were never visible in the drawing! Be sure to enjoy the intricately detailed figure in your collection and look forward to more releases from WithFans! coming soon!