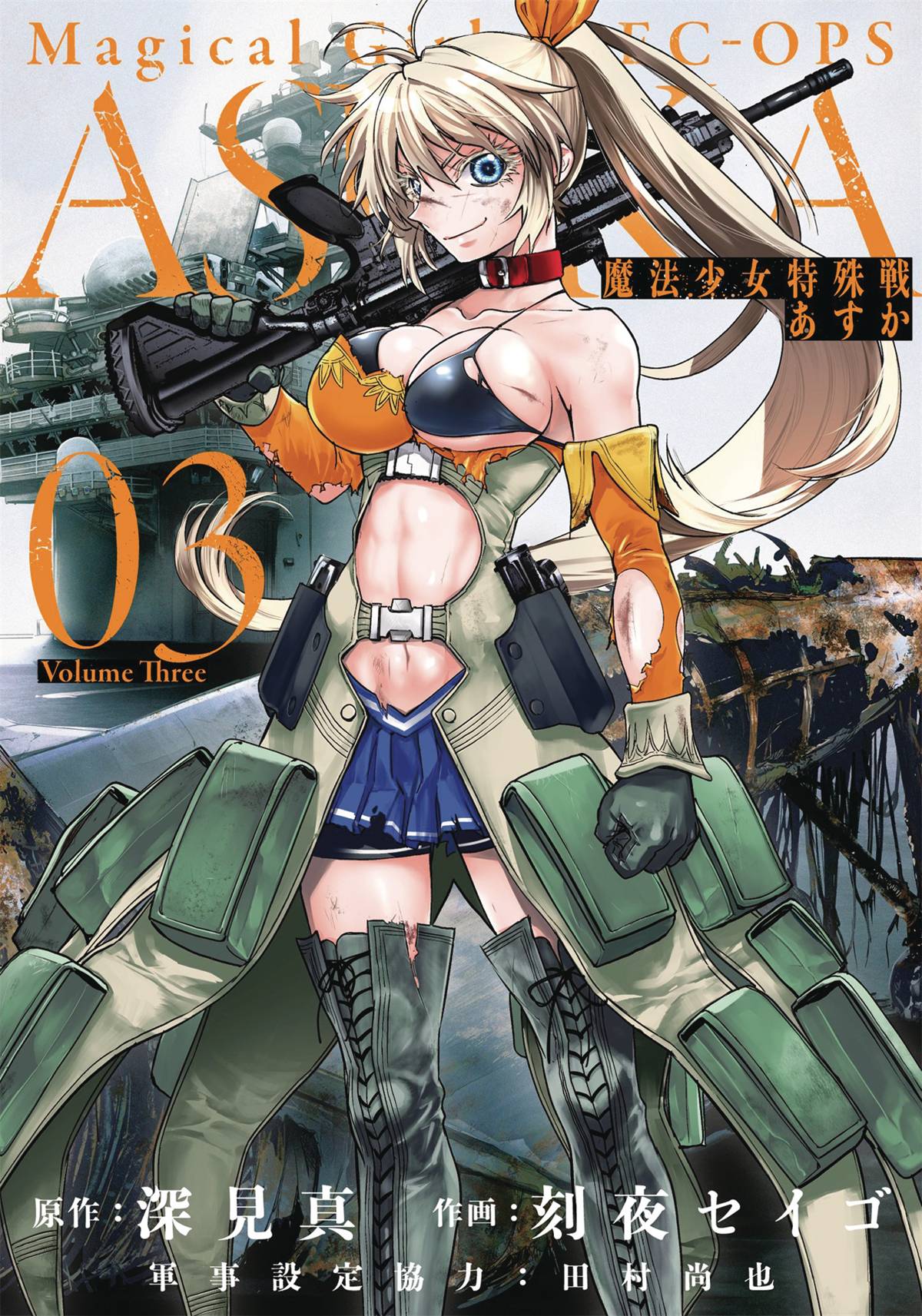 #
FEB181762
(W) Makoto Fukami (A/CA) Seigo Tokiya
An all-new, dark and sexy genre mashup manga series where magical girls meet military warfare! When the Earth was threatened by the sudden appearance of undead creatures, a group of young women blessed with powers from a mysterious source rose to defeat them. Now, after three years of apparent peace, the same malevolent creatures have resurfaced. Five magical girls are once again conscripted to war as the Magical Girl Special Ops force, to defend mankind from an unholy nemesis!
In Shops: Jul 18, 2018
SRP: $12.99
View All Items In This Series
ORDER SUBSCRIBE WISH LIST