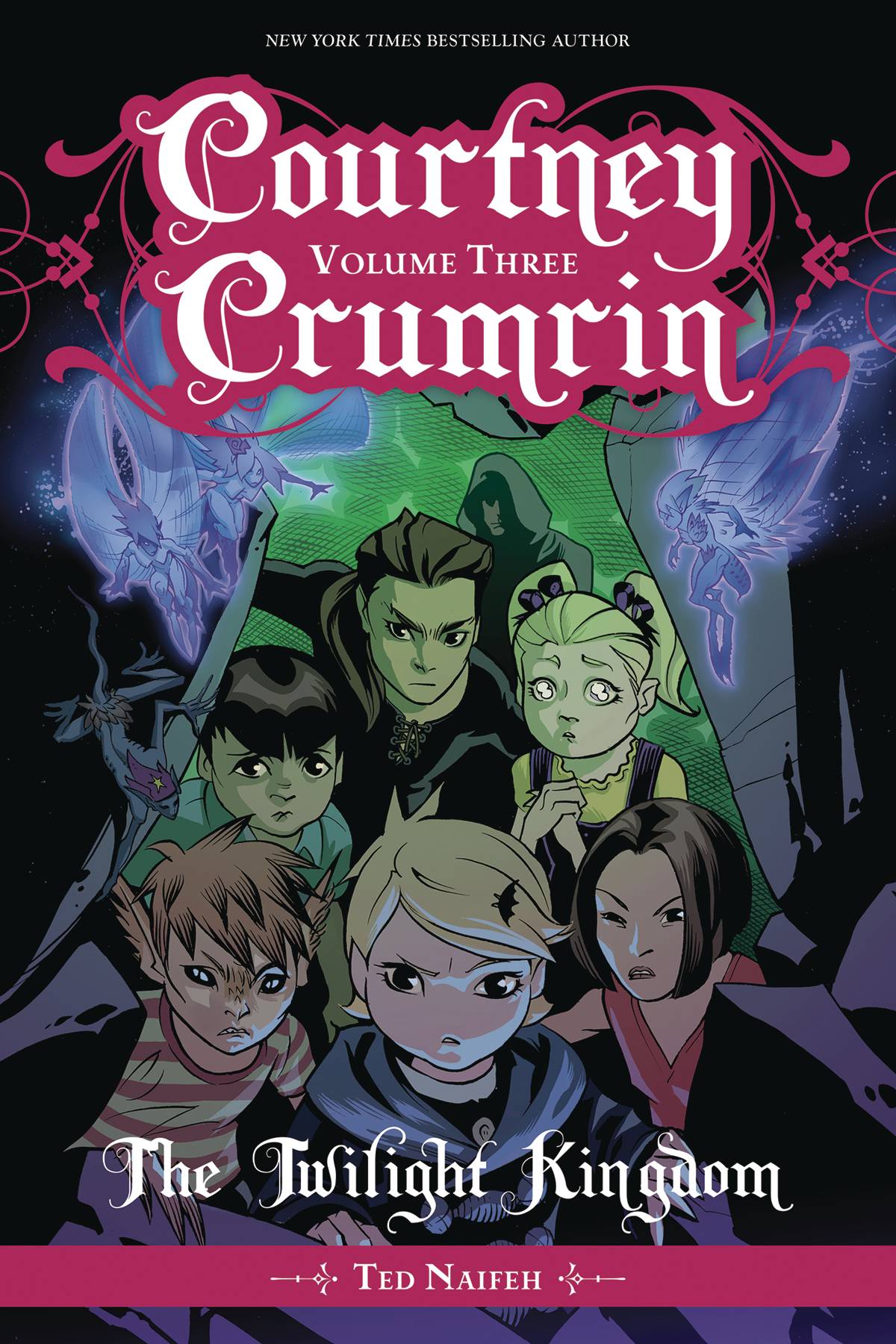 #
FEB181700
(W) Ted Naifeh (A/CA) Ted Naifeh
Courtney Crumrin's magical education has begun in full under the tutelage of Calpurnia Crisp. But Courtney isn't her only pupil, and she quickly realizes her classmates don't know nearly as much about the dangers of magic as she does. When they turn the youngest student into a night creature, Courtney reluctantly agrees to help-and immediately regrets it when the students storm the Twilight Kingdom with disastrous results. But Courtney's got bigger problems to deal with-a man named Templeton, who suspects Courtney's involvement in the death of a certain warlock. Can Courtney save a bunch of arrogant kids while evading the lawkeeper? Maybe if they were in the human world. But as Courtney knows, the Twilight Kingdom is as unpredictable as it is dangerous-and it can quickly turn deadly.
In Shops: Jun 20, 2018
SRP: $12.99
View All Items In This Series