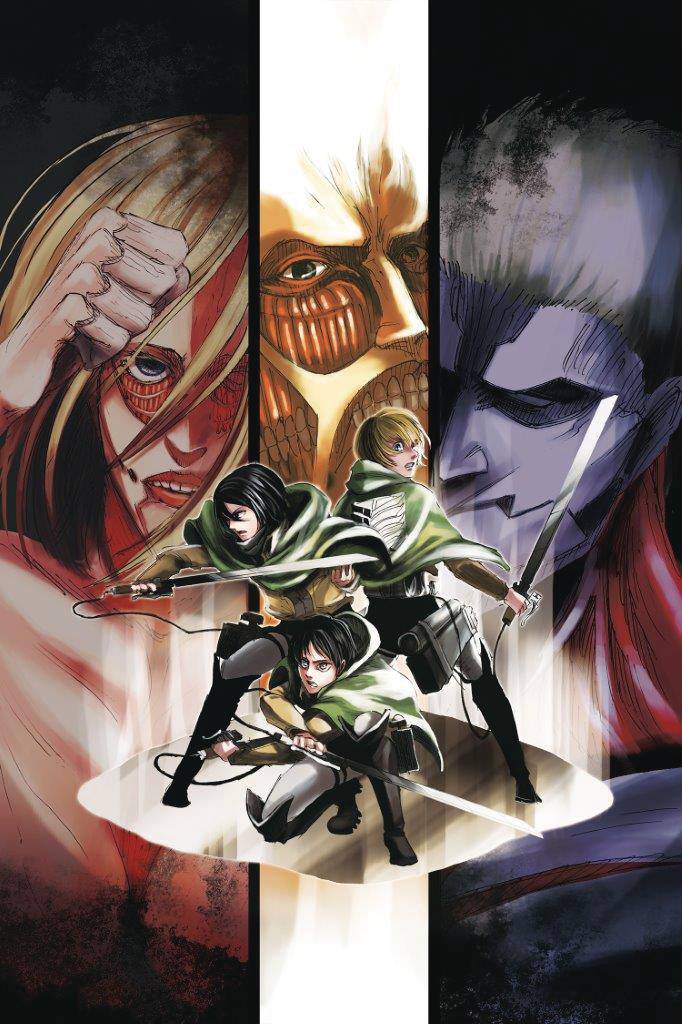 #
FEB181626
(W) Isayama Hajime (A/CA) Isayama Hajime
The blockbuster manga edges closer to its thrilling conclusions. The final battle rages between the Survey Corps and the genocidal Colossus and Armored Titans. It's a personal fight that has driven old friends to kill each other, with the fate of humanity and the truth behind the Titan threat in the balance!
In Shops: Apr 11, 2018
SRP: $10.99
View All Items In This Series
ORDER SUBSCRIBE WISH LIST