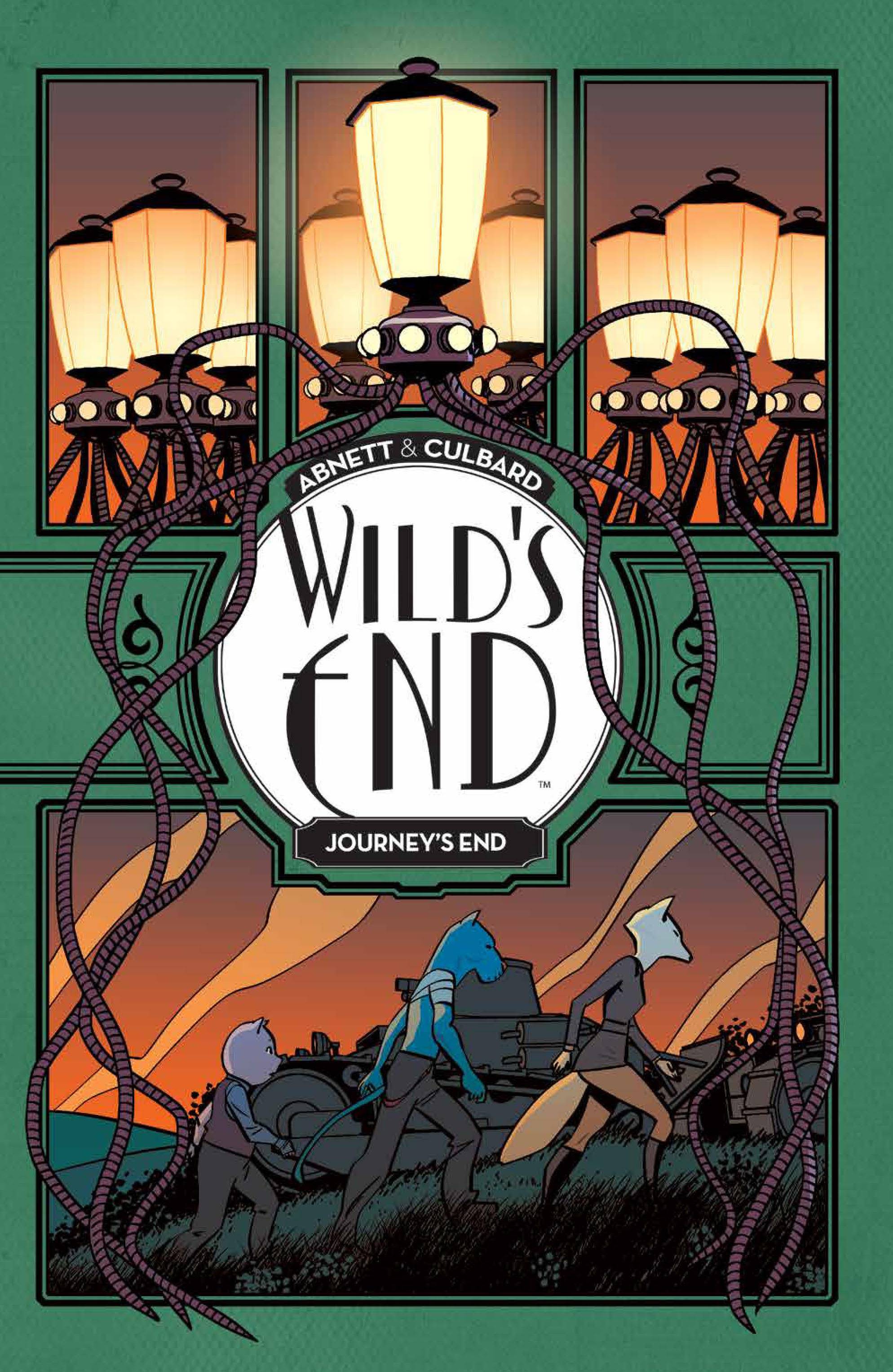 #
FEB181202
(W) Dan Abnett (A) I.N.J. Culbard (CA) I. N. J. Culbard
The conclusion to the celebrated, anthropomorphic, sci-fi comic series is finally here, presented as an original graphic novel. Despite the military's best efforts, the alien invaders have seized a firm grip on the world. Cities have been invaded and the countryside overrun, leaving little hope for humanity's resistance. With few options left, the survivors will need to look to the very people they once feared to make a last ditch effort to turn the tide of the war. Written by Dan Abnett (Guardians of the Galaxy, Aquaman Rebirth) and illustrated by I.N.J. Culbard (Doctor Who) in the classic sci-fi tradition but with an anthropomorphic twist, Wild's End: Journey's End reveals powerful acts of humanity persevering in the face of war on a worldwide scale.
In Shops: Jun 27, 2018
SRP: $19.99
View All Items In This Series