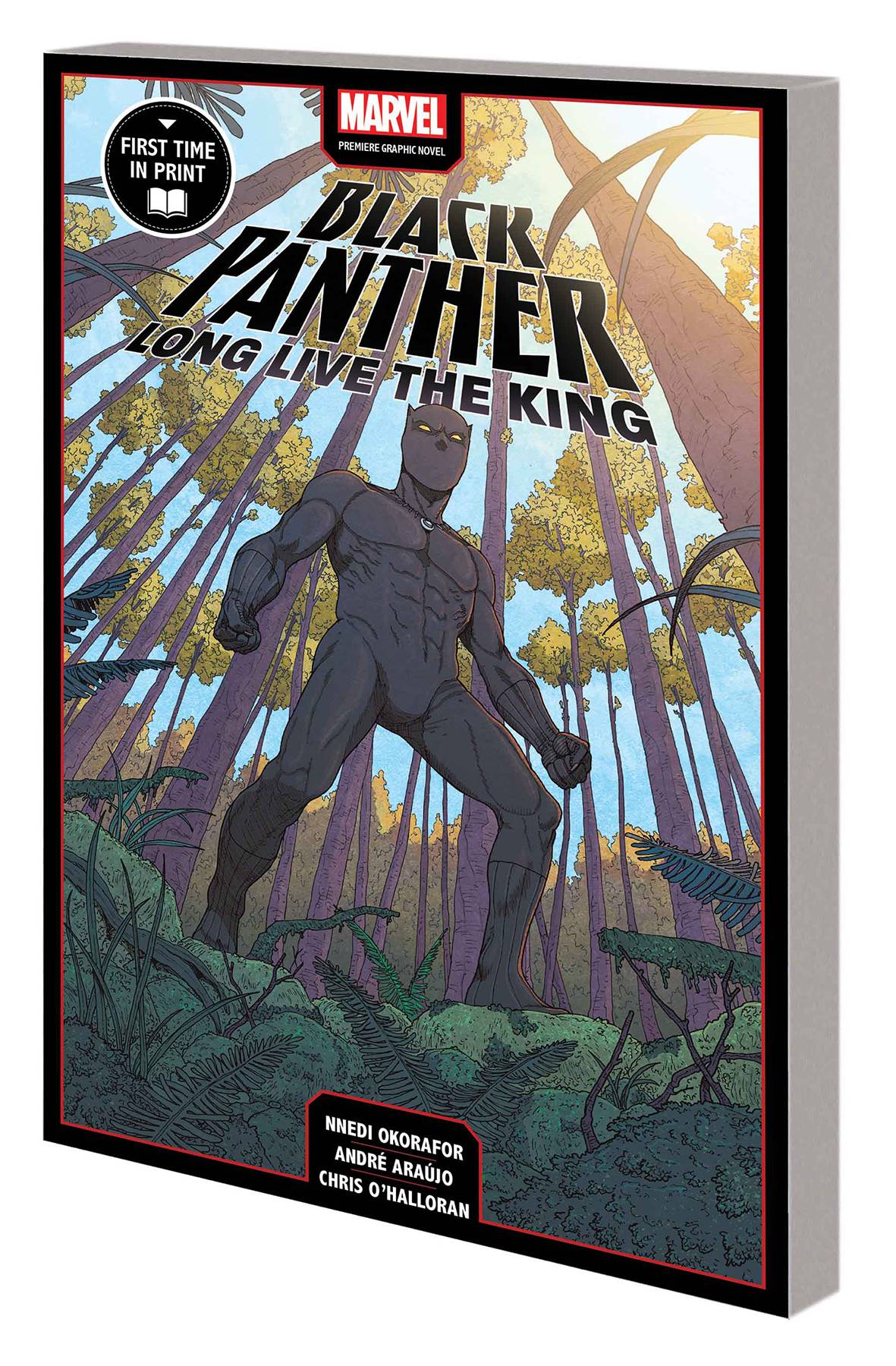 #
FEB180931
(W) Nnedi Okorafor, Aaron Covington (A) Mario Del Pannino, Tana Ford (A/CA) Andre Araujo
FIRST TIME IN PRINT! Heavy is the head that wears the crown. As the Black Panther and an Avenger, T'Challa has had to save the world time and again - but those duties pale in comparison to his responsibilities as king of Wakanda. Now, as the nation rebuilds in the wake of revolution, T'Challa finds his people besieged by a massive monster tearing through the country, leaving a trail of destruction in its wake! From acclaimed novelist NNEDI OKORAFOR (Binti, Who Fears Death) and illustrator ANDRE LIMA ARAUJO (SPIDEY, The Wicked + The Divine) comes an adventure set in the world of Ta-Nehisi Coates' landmark BLACK PANTHER run and told in the Mighty Marvel Manner!
Rated T
In Shops: May 23, 2018
SRP: $14.99
ORDER WISH LIST