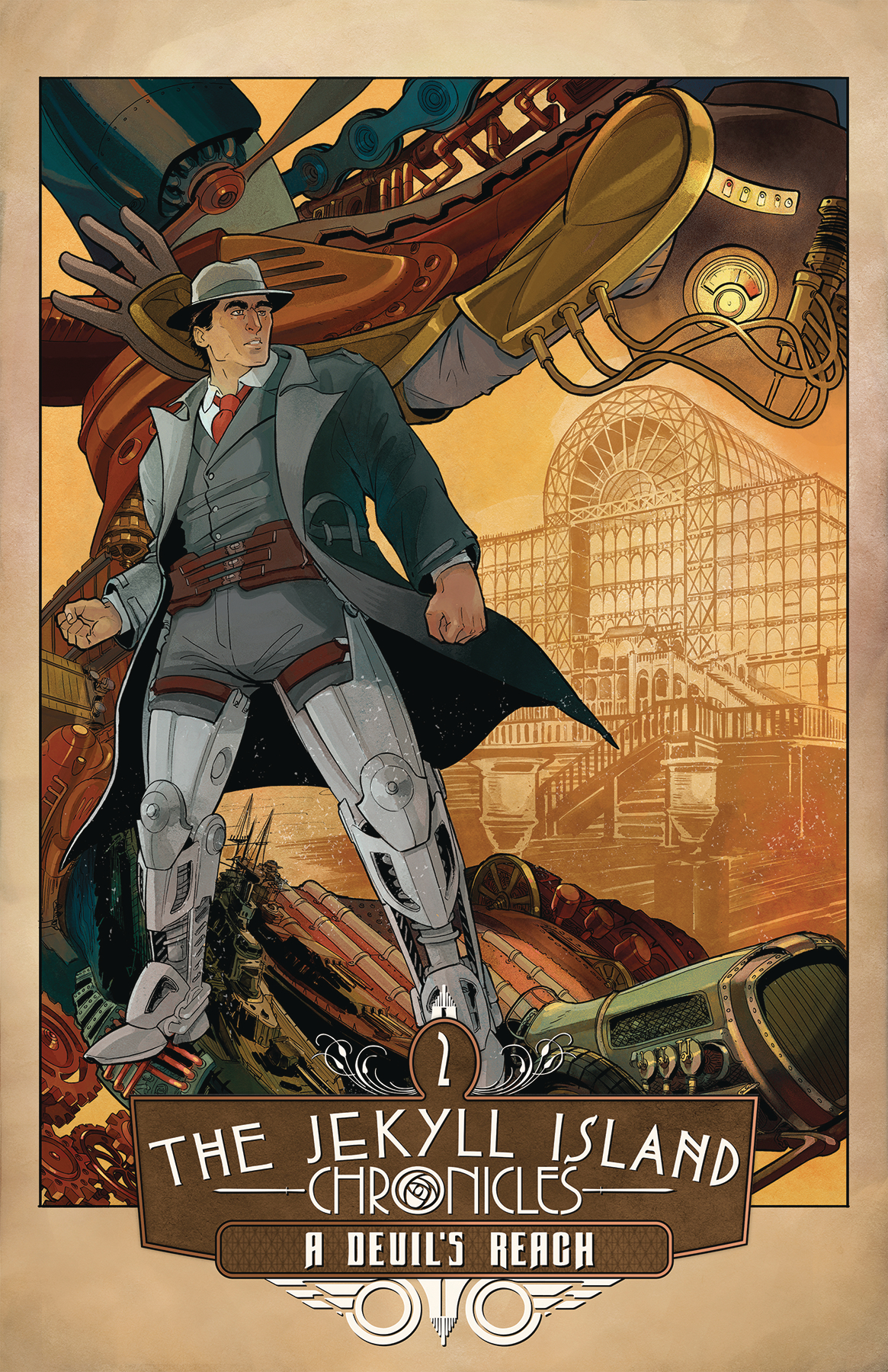 FEB180481
(W) Steve Nedvidek, Ed Crowell, Jack Lowe (A/CA) Moses Nester
At the beginning of the twentieth century, one sixth of the world's wealth vacationed in and around the tiny Georgia island of Jekyll. Captains of industry like Rockefeller, Vanderbilt, Morgan and Carnegie all called the Jekyll area home. Blending elements of historical fact, clockwork technology, and Diesel-punk style, The Jekyll Island Chronicles spans an age of furious mechanical advancement while exploring the span of man's soul-whether good or evil.

In Book Two of this alt-history adventure, Peter, Helen, and the rest of Carnegie's "Specials" would like nothing more than to return to normalcy along with the rest of the country-especially after defeating their enemies in Book One. But the anarchists have other plans. Luigi Galleani and the Zeno cabal reach out across Europe and across the Atlantic to wreak havoc, divide the enemy, build an army, and capture plans for the world's deadliest weapon. If they are to be stopped, the tiny group of heroes from Jekyll will need to find new resolve, new resources, and new allies-and do it all before Nikola Tesla's most terrible creation is unleashed.
In Shops: Oct 10, 2018
SRP: $19.99
View All Items In This Series