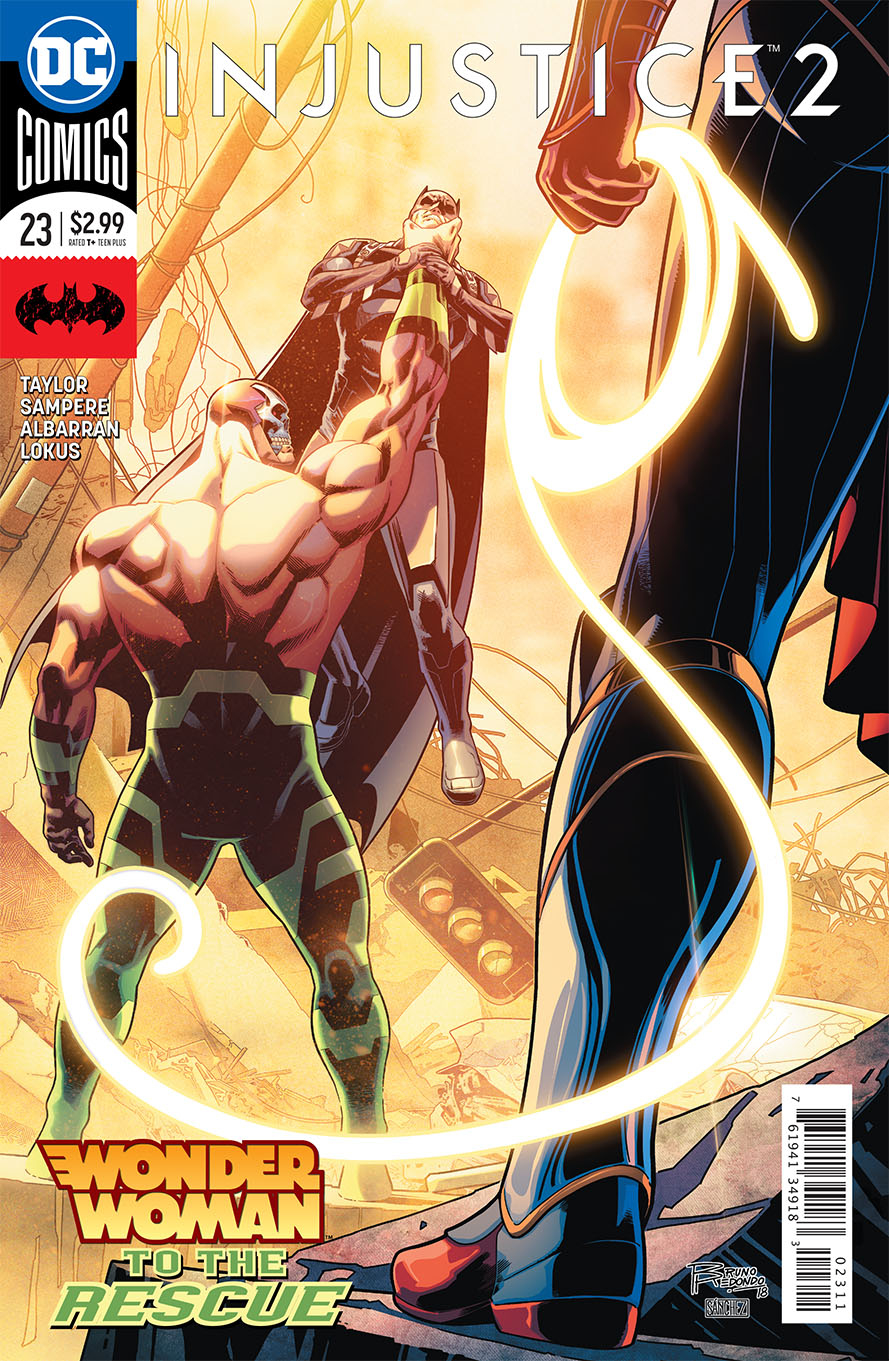 FEB180211
(W) Tom Taylor (A) Daniel Sampere, Juan Albarran (CA) Bruno Redondo
Even with the help of Superboy and the Teen Titans, Batman and his team still face desperate odds against the seemingly invincible Amazo. The Atom also uncovers a terrifying secret about Amazo. Meanwhile, in Gorilla City, Damian, Vixen and Animal Man have to make a risky decision.
In Shops: Apr 04, 2018
SRP: $2.99
View All Items In This Series