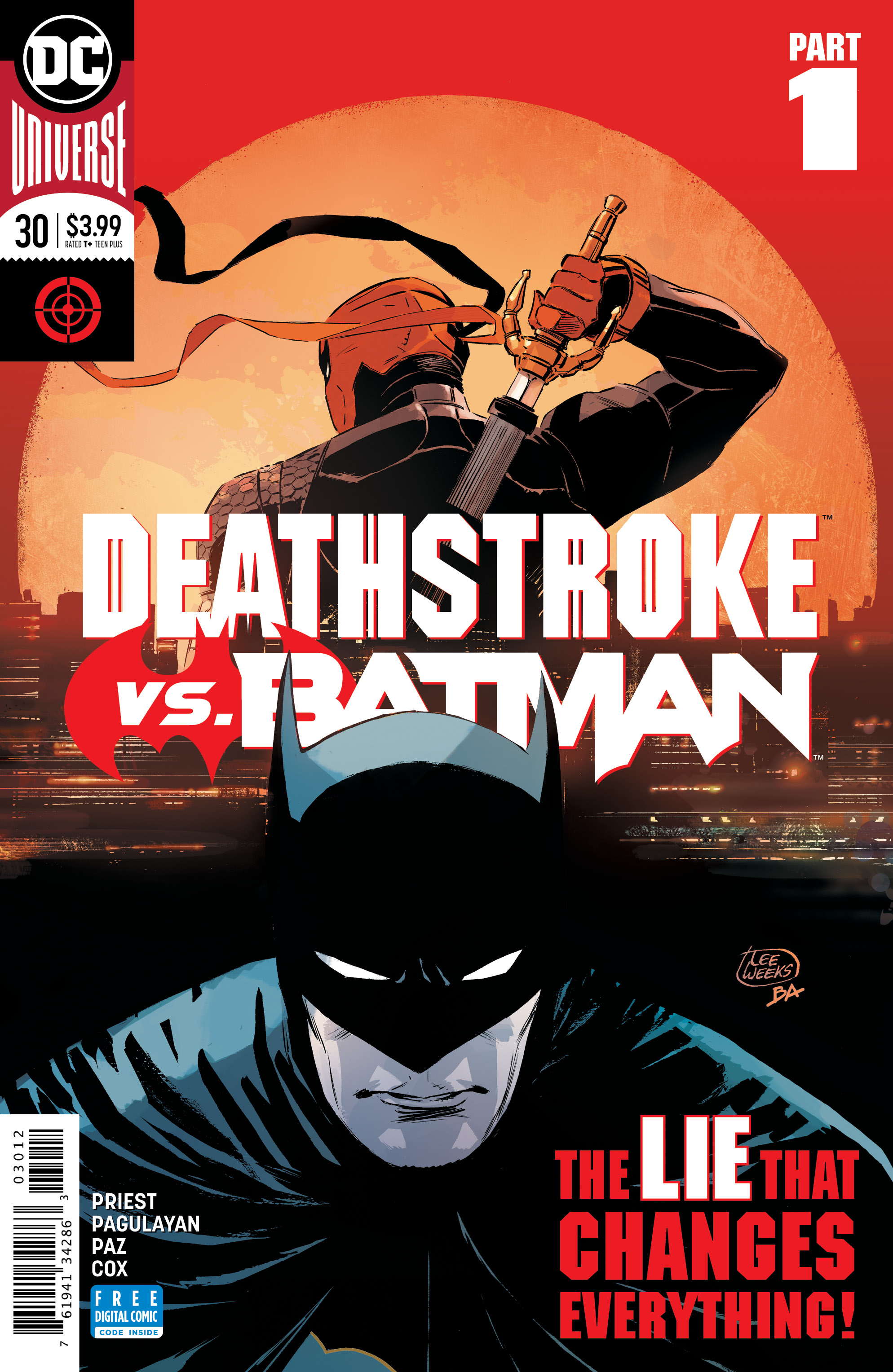 FEB180185
(W) Christopher Priest (A) Carlo Pagulayan, Jason Paz (CA) Lee Weeks
"Deathstroke vs. Batman" part one! Beginning this month, a six-issue series-within-a-series featuring the ultimate showdown between DC's fiercest rivals! When Batman discovers a mysterious package containing DNA test results proving that he is not Damian Wayne's biological father, the Dark Knight sets his sights on his son's true father-Deathstroke! But Damian Wayne can't really be Slade Wilson's son-can he? And who sent the package-and why? The ultimate custody battle ensues as the World's Greatest Detective and the World's Deadliest Assassin clash in this instant classic!
In Shops: Apr 04, 2018
SRP: $3.99
View All Items In This Series