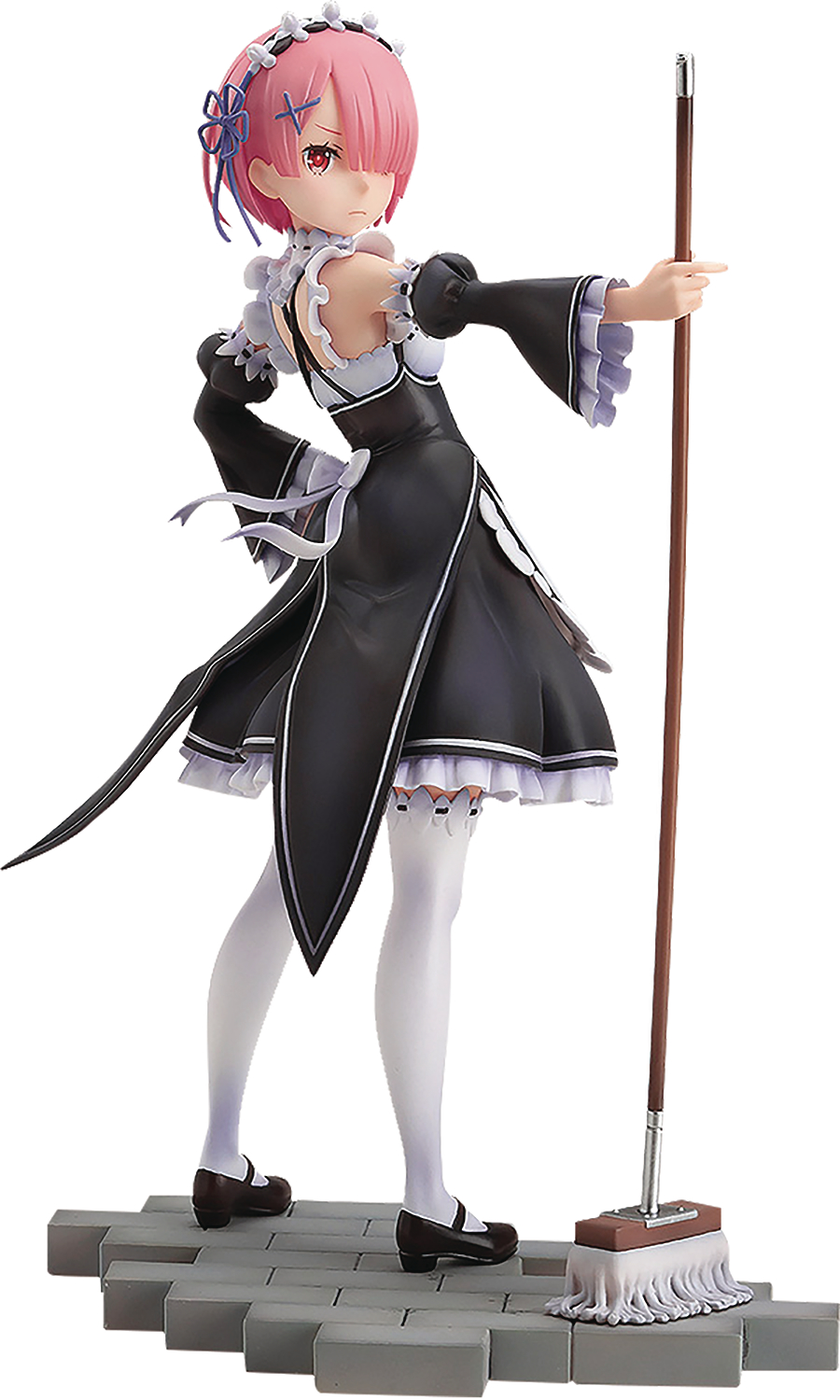 FEB178601
From Good Smile. From the popular anime series Re:ZERO -Starting Life in Another World- comes a 1/7-scale figure of the older of the twin maids that serve at the Roswaal mansion: Ram! The figure is based on the 2nd volume of the Blu-ray/DVD jacket cover for the series and features Ram wearing her characteristic maid outfit while holding a deck brush out in her right hand. Ram is in a more resolute pose when compared to Rem, but her soft-looking lady-like figure has also been faithfully preserved on the figure for fans to enjoy! The base of the figure is specially designed to link together with that of the previously announced figure of Rem to display the twin sisters together!