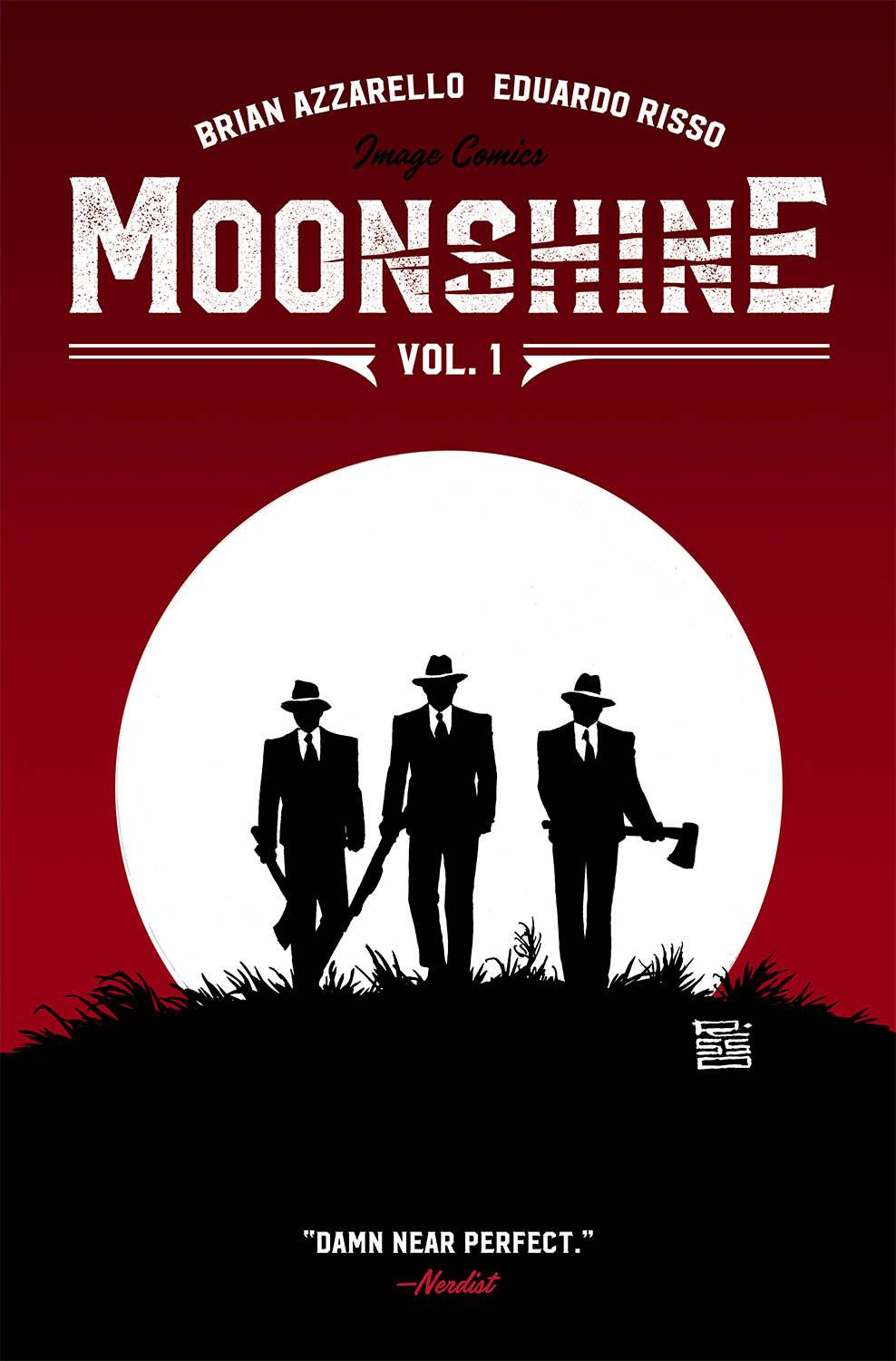 #
FEB170696
(W) Brian Azzarello (A/CA) Eduardo Risso
THE FIRST VOLUME OF THE NEW HIT SERIES! From writer BRIAN AZZARELLO and artist, EDUARDO RISSO - the Eisner Award-winning creative team behind the crime classic, 100 Bullets - comes a brutal new series that puts a horror twist on a classic gangster tale! Set deep in Appalachia during Prohibition, MOONSHINE tells the story of Lou Pirlo, a city-slick "torpedo" sent from New York City to negotiate a deal with the best moonshiner in West Virginia, Hiram Holt. Lou figures it a milk run, but  what he doesn't figure is that Holt's just as cunning and ruthless as any NYC crime boss. Not only will Holt do anything for his illicit booze operation, he'll stop at nothing to protect a much darker, bloodier family secret. Collects Issues 1-6.
In Shops: May 24, 2017
SRP: $9.99
View All Items In This Series
ORDER SUBSCRIBE WISH LIST