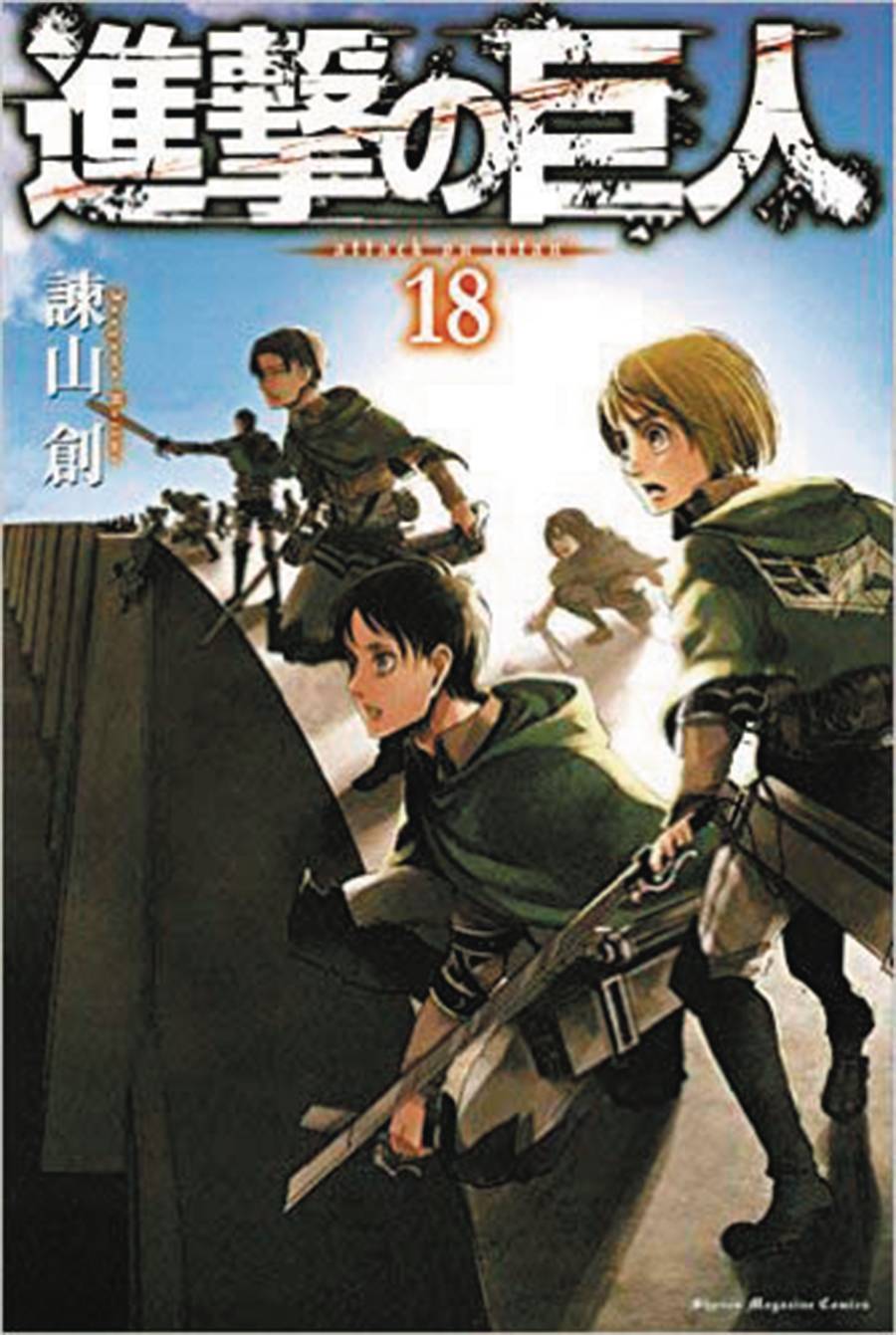 #
FEB161618
(W) Isayama Hajime (A) Isayama Hajime (CA) Cameron Stewart
The Survey Corps has overthrown the Royal Government and swept away the tyranny of the king. The next step: Move to retake Wall Maria, with the helpf of a newly-discovered metallic ore and Eren's miraculous Titan hardening powers. But as humanity pulls together, its enemies also unite beyond the Walls... now that the Beast Titan has joined Reiner and Bertolt, what havoc will they wreak?
Includes a DVD with Part 1 of the Exclusive Anime "Attack on Titan: No Regrets," following fan favorite character Levi!