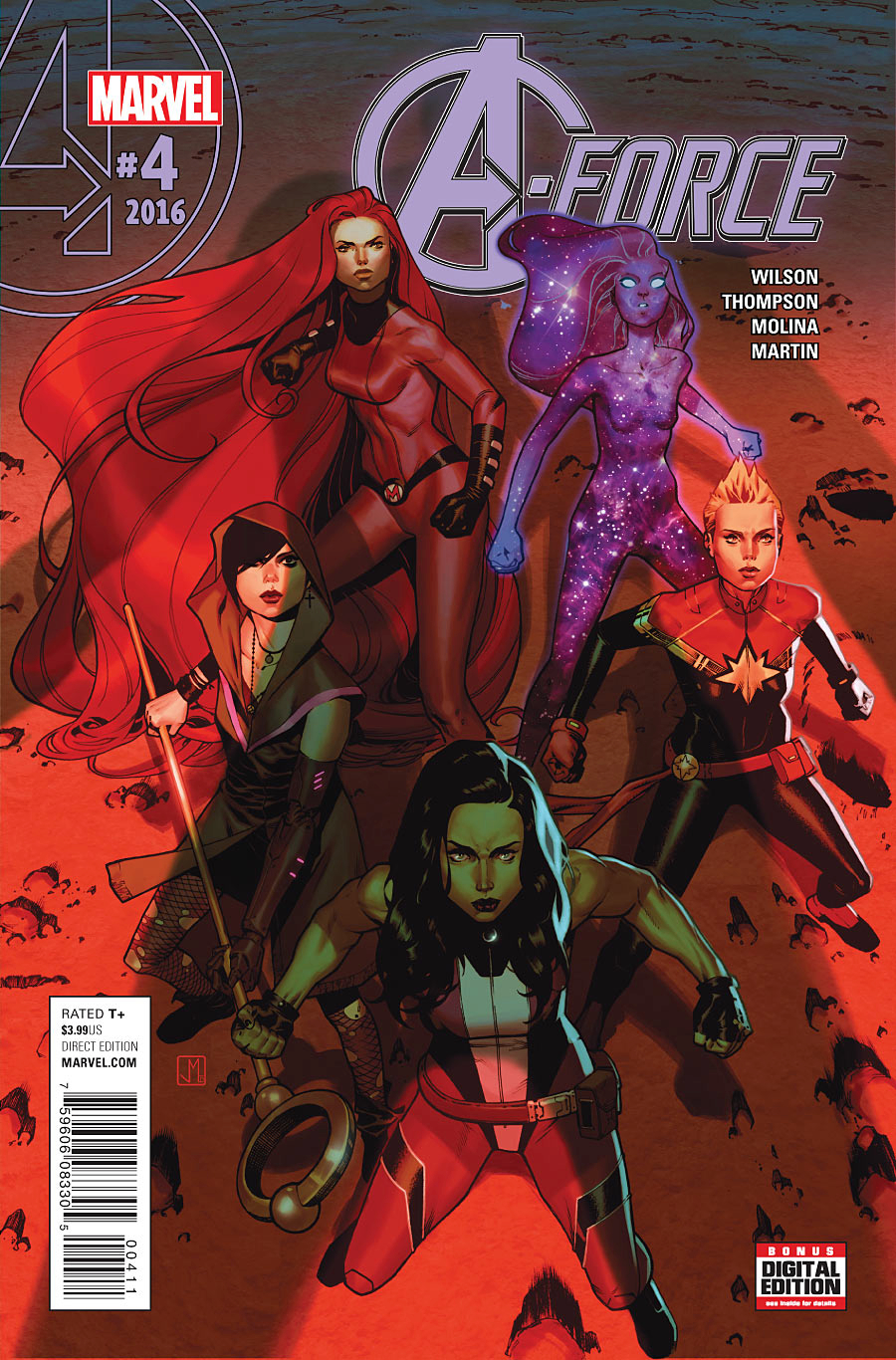 FEB160824
(W) G. Willow Wilson, Kelly Thompson (A/CA) Jorge Molina
• Does defeating Antimatter mean the end of Singularity? As Singularity faces Antimatter on her own, prepared to sacrifice her own existence, A-Force rallies behind her. With Tempest Bell's help, SHE-HULK, CAPTAIN MARVEL, MEDUSA, and NICO MINORU make a final bid to save Singularity from destruction while still saving the world from Antimatter's ever-growing threat. But every action has a cost, and what will these actions cost A-Force?
Rated T+
In Shops: Apr 13, 2016
SRP: $3.99
View All Items In This Series