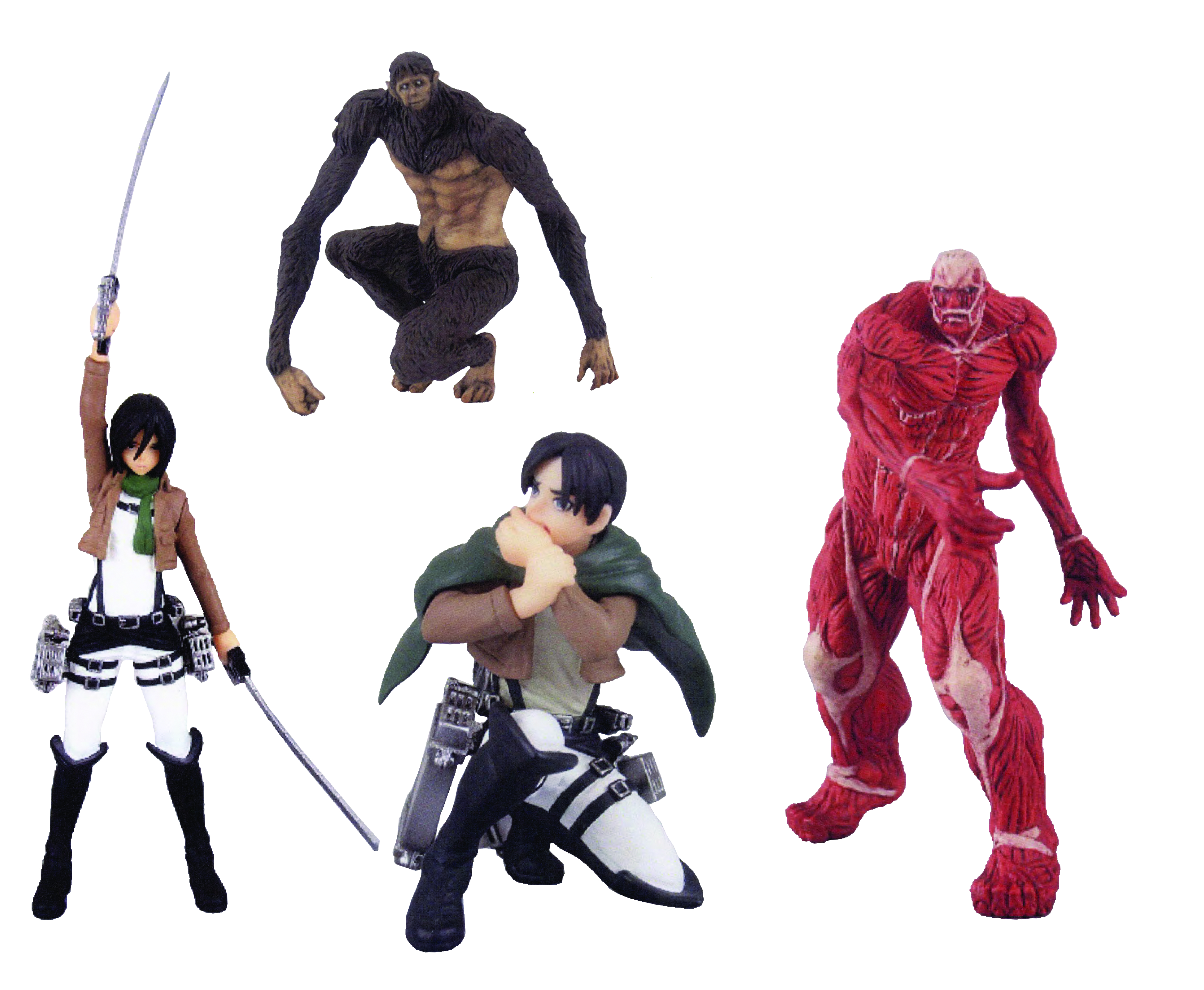 FEB158482
From Happinet. Your favorite characters from the hit anime Attack on Titan are now capsule toys that pack plenty of detail and action into each small package! Figures include a Titan scaling the wall, a Titan eating a human, a Titan fighting, and Eren Yeager, each packaged in a capsule to make collecting them even more fun!