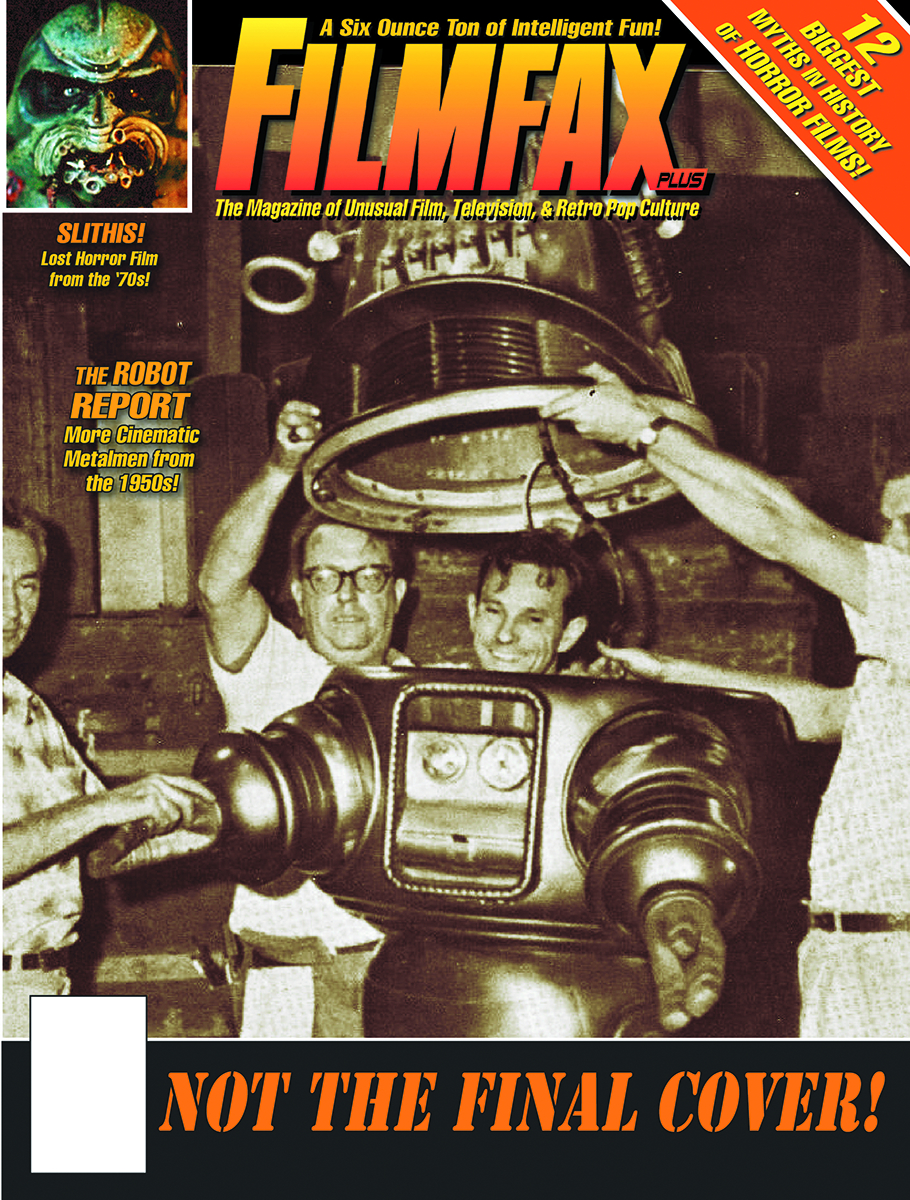 FEB151883
An interview with Terry Moore of the original Mighty Joe Young and more; the 12 biggest myths of horror films; behind the scenes on The 5,000 Fingers of Dr. T.; the genesis of Bluto in Popeye; the voice of Batman the animated superhero; Barbara Payton: Her Post-Career Years in Hollywood and Mexico (Part 3); Slithis: Lost Horror Film from the 1970s;  1950s & '60s Pop Singer Bobby Rydell (Part 3), and more!
In Shops: Apr 22, 2015
SRP: $9.95
View All Items In This Series
ORDER SUBSCRIBE WISH LIST