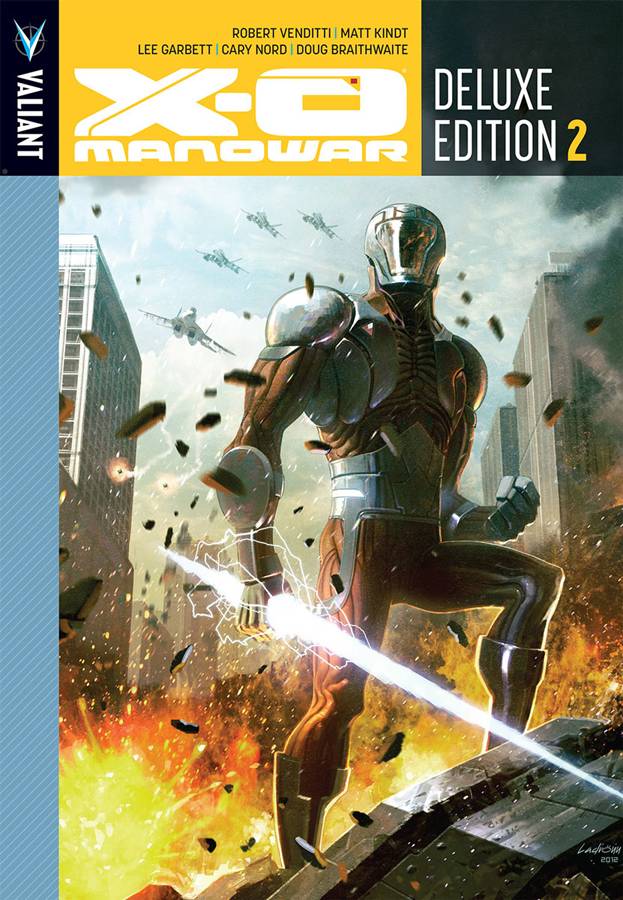 #
FEB151683
(W) Robert Venditti, Matt Kindt (A) Lee Garbett, Cary Nord, Doug Braithwaite, Stefano Gaudiano, Trevor Hairsine, Vicente Cifuentes (CA) Ladronn
Born into battle, Aric of Dacia, the fifth-century Visigoth now known as X-O Manowar, has never known peace. Abducted and enslaved by the savage alien empire known as The Vine, Aric finally escaped his captors after stealing their ultra-powerful X-O Manowar armor and returned to Earth...only to find that more than a thousand years had passed in his absence. Stranded in the modern day, the most primitive man on Earth now wields the most powerful weapon in existence as X-O Manowar...

But when Aric decides to use to his newfound power to reclaim the ancestral homeland of his Visigoth forefathers - the nationstate of Dacia, now in modern day Romania - he will inadvertently set the world on a path to nuclear annihilation...one that can only be prevented by the elite super-team called Unity! And, together, Unity will unleash a world-shaking battle royale pitting the world's most formidable heroes - Toyo Hardaa, Ninjak, Eternal Warrior, and Livewire - against the unstoppable might of X-O Manowar.