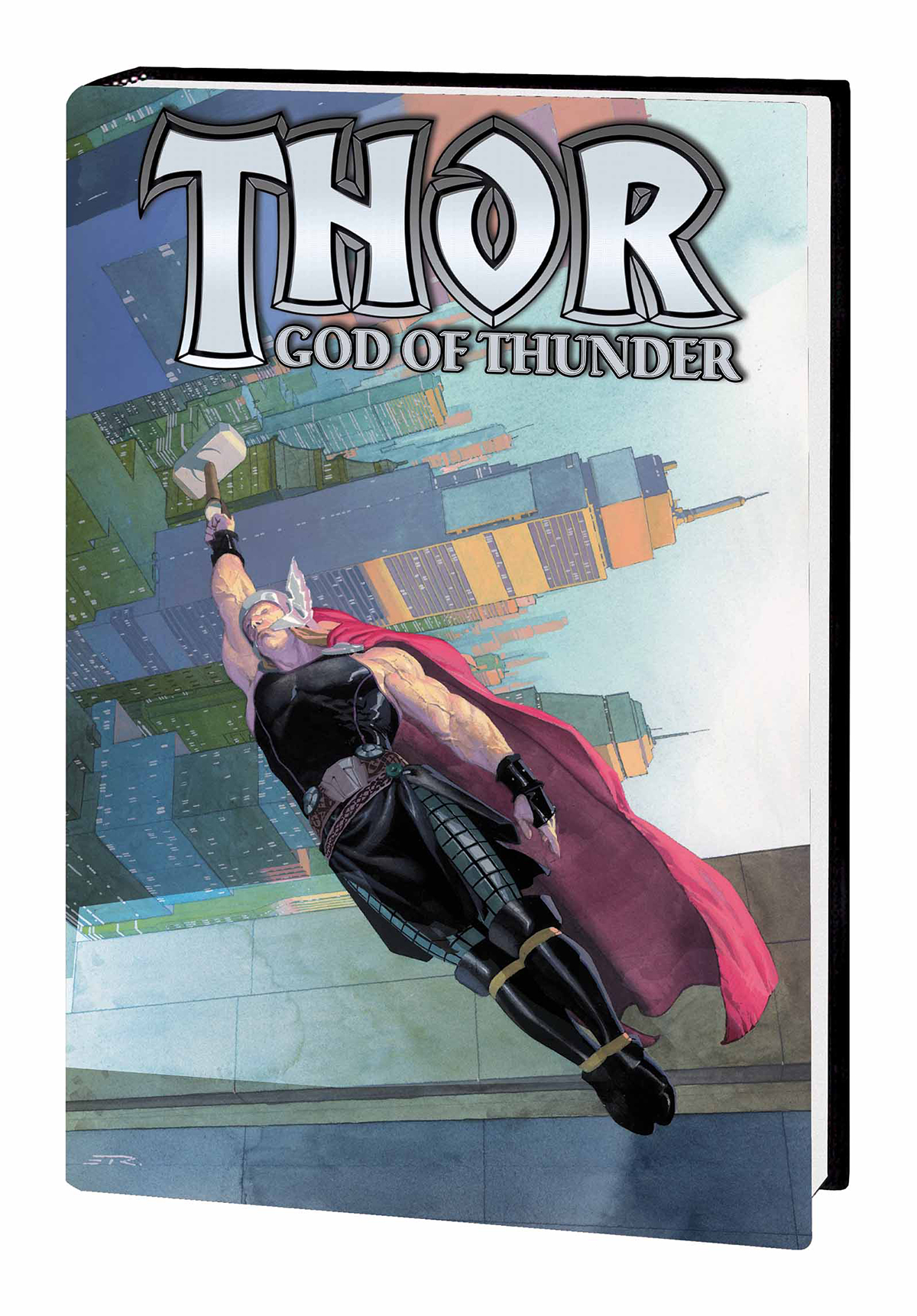 FEB150854
(W) Jason Aaron (A) Various (CA) TBD
The chase is on across the Nine Realms to capture Malekith, former lord of the Dark Elves! To find him, Thor allies with a Dark Elf sorceress, a gun-toting Light Elf, a gargantuan Mountain Giant, a dynamite-loving Dwarf and a particularly surly Troll! But when one teammate falls, will it mean war for all Nine Realms? As a traitor within the group strikes and Thor prepares to take drastic measures, Malekith stages his final bloody raid - on Earth! Then, Thor battles the multinational super-corporation Roxxon, but has he met his match in its ruthless new CEO, the "Minotaur"? And millennia from now, King Thor and his granddaughters battle to save what remains of Earth from Galactus! Plus: Jane Foster returns! Young Thor vs. Frost Giants! The origin of Malekith! And King Thor's Original Sin! Collecting THOR: GOD OF THUNDER #12-25.
Rated T+
In Shops: Jul 01, 2015
SRP: $34.99
View All Items In This Series