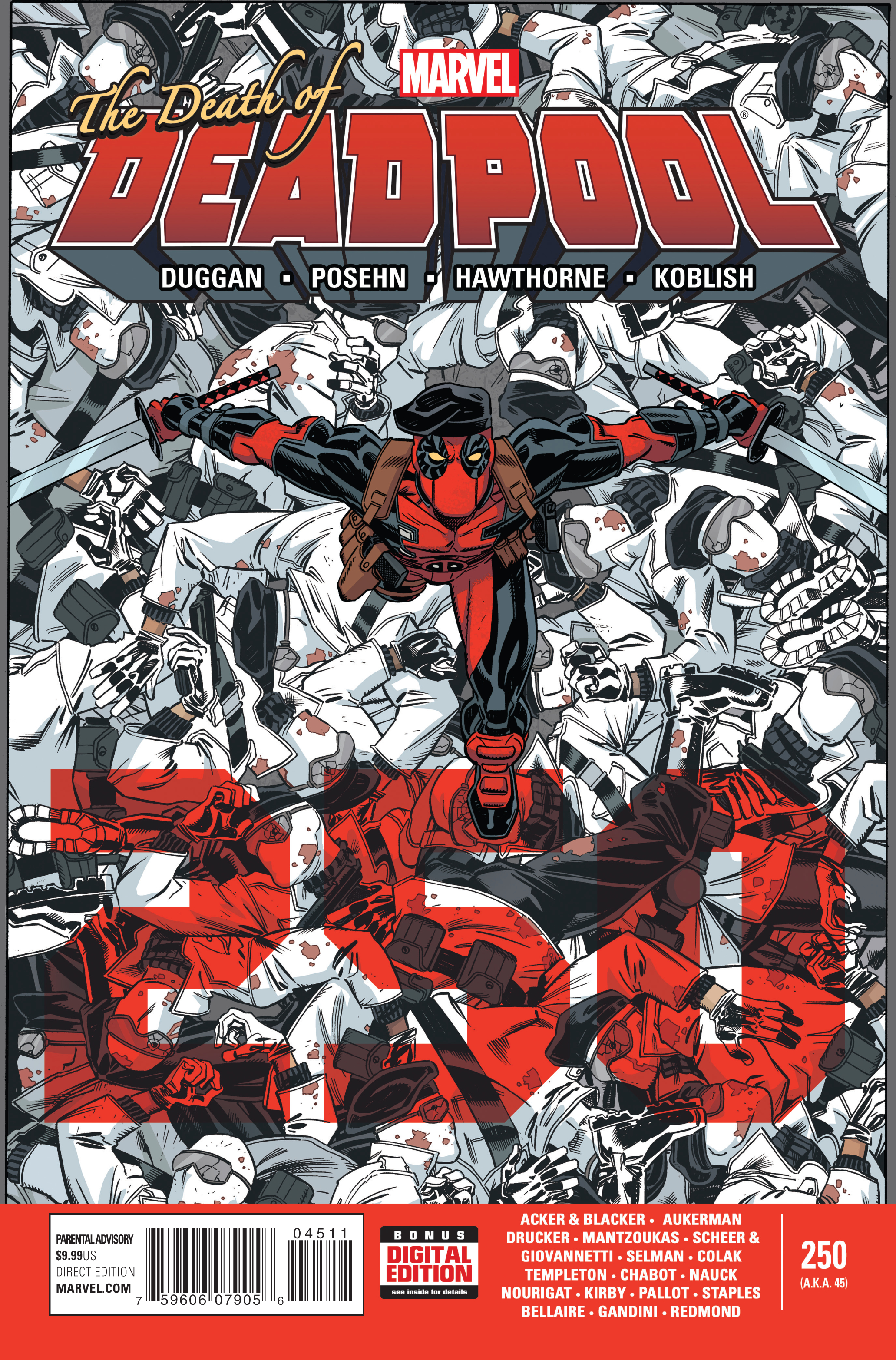 FEB150830
(W) Brian Posehn, Gerry Duggan, Mike Drucker, Paul Scheer, Nick Giovannetti, Ben Acker, Ben Blacker, Scott Aukerman, Jason Mantzoukas, Matt Selman (A) Mike Hawthorne, Terry Pallot, Juvaun J. Kirby, Ty Templeton, Natalie Nourigat, Mirko Colak, Todd Nauck, Jacob Chabot (A/CA) Scott Koblish
FINAL ISSUE!
That's right-if you add together all the Deadpool series (creatively) issue 45 is the big 250th issue of Deadpool! What better way to celebrate than to end the series? In our over-sized main story, ULTIMATUM comes at Deadpool for revenge, so he has no choice but to take them on-ALL OF THEM. Then, in an Infinity Gauntlet crossover, what would Deadpool do if he got the six gems from Thanos? Plus: a slew of stories showcasing Deadpool's closest friends and allies by special guest writers! Also, SPOILER: Deadpool dies at the end of the issue.
Parental Advisory
In Shops: Apr 08, 2015
SRP: $9.99
View All Items In This Series