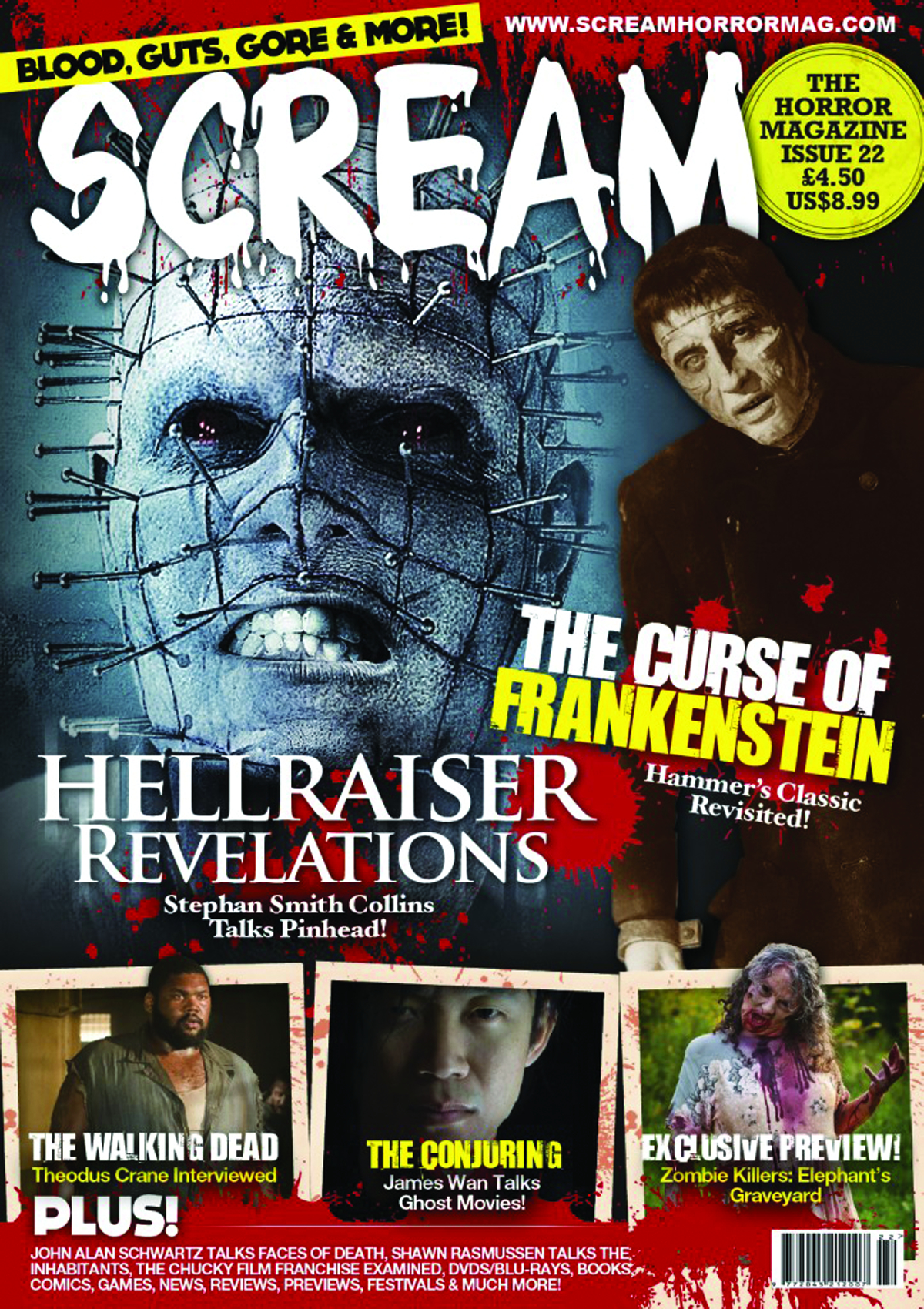 FEB141666
In this latest issue of Scream, the full-color horror entertainment magazine, the team have a world exclusive with actor Stephan Smith Collins about his role as the evil Pinead in Hellraiser: Revelations. There's also interviews with Hollywood director James Wan about his latest ghost horror, The Conjuring, and Theo Crane discusses his role as Tiny in The Walking Dead. There is also a retrospective look back at the Hammer classic The Curse of Frankenstein; an exclusive preview of 2014's Zombie Killers: Elephant's Graveyard; the Elm Street movie franchise examined; horror books, comics, games, DVDs/Blu-rays, reviews, news, competitions and much, much more!
In Shops: Apr 30, 2014
SRP: $8.99
View All Items In This Series
ORDER SUBSCRIBE WISH LIST