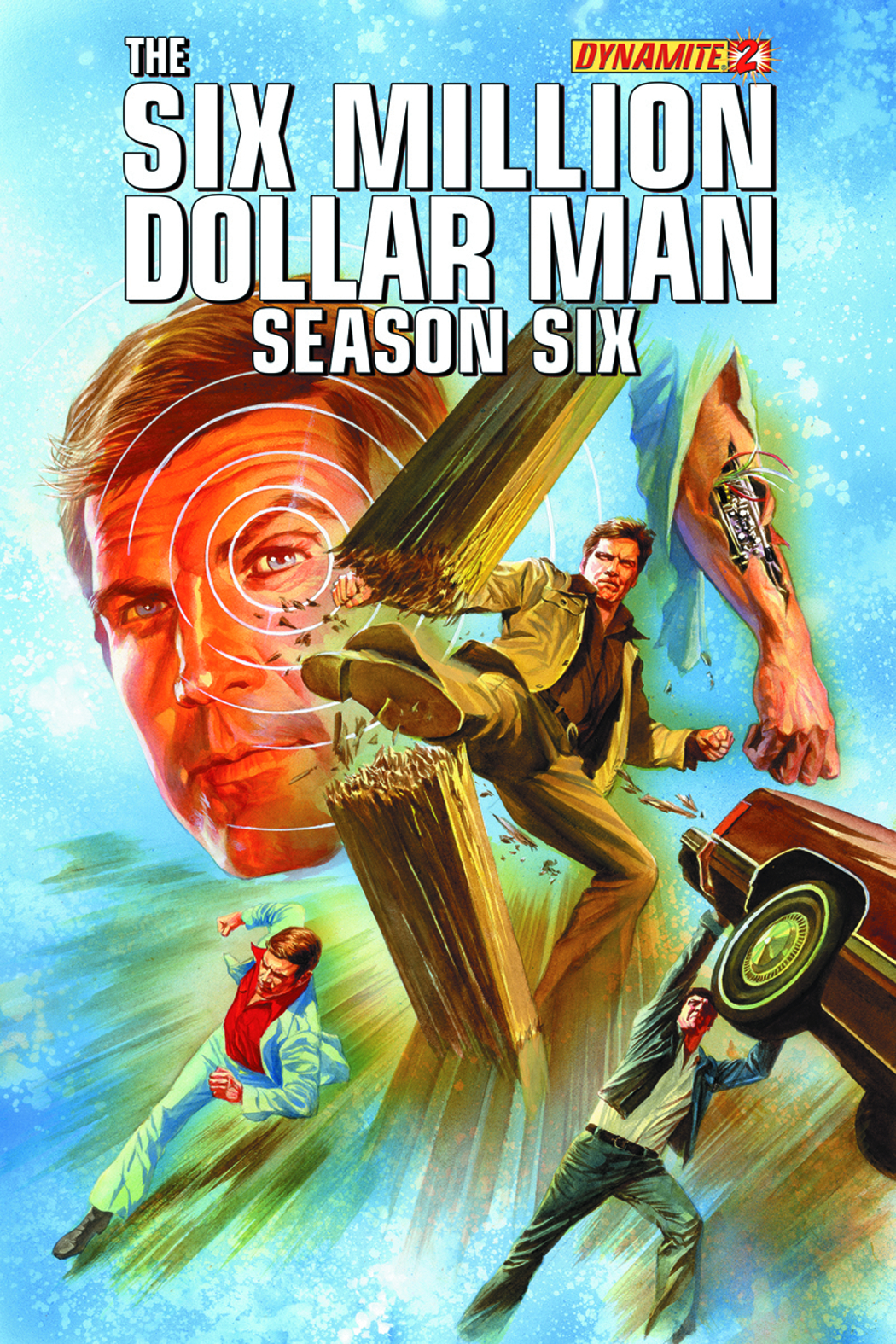 FEB141179
(W) James Kuhoric (A) Juan Antonio Ramirez (CA) Alex Ross
Steve Austin is back in action with an all new issue of classic bionic adventure!  A government conspiracy has led to the closure of the Bionics Program forcing Oscar Goldman to reassign his most valuable agents and scramble for options.  Without Rudy Wells' constant maintenance and upgrades, it's only a matter of time before Steve and Jamie's bionic technology runs down and ultimately fails. NASA scientists study the otherworldly entity enveloping the Venus Probe while a strange alien hybrid takes its first steps on Earth and begins sowing the seeds  of conquest.  And while Steve faces a dangerous Russian wilderness to uncover the secrets of a new Cold War technology, MASKATRON faces off against the Seven Million Dollar Man!  Welcome back to the age of bionic action with the return of the original Six Million Dollar Man!
In Shops: Apr 16, 2014
SRP: $3.99
View All Items In This Series
ORDER WISH LIST