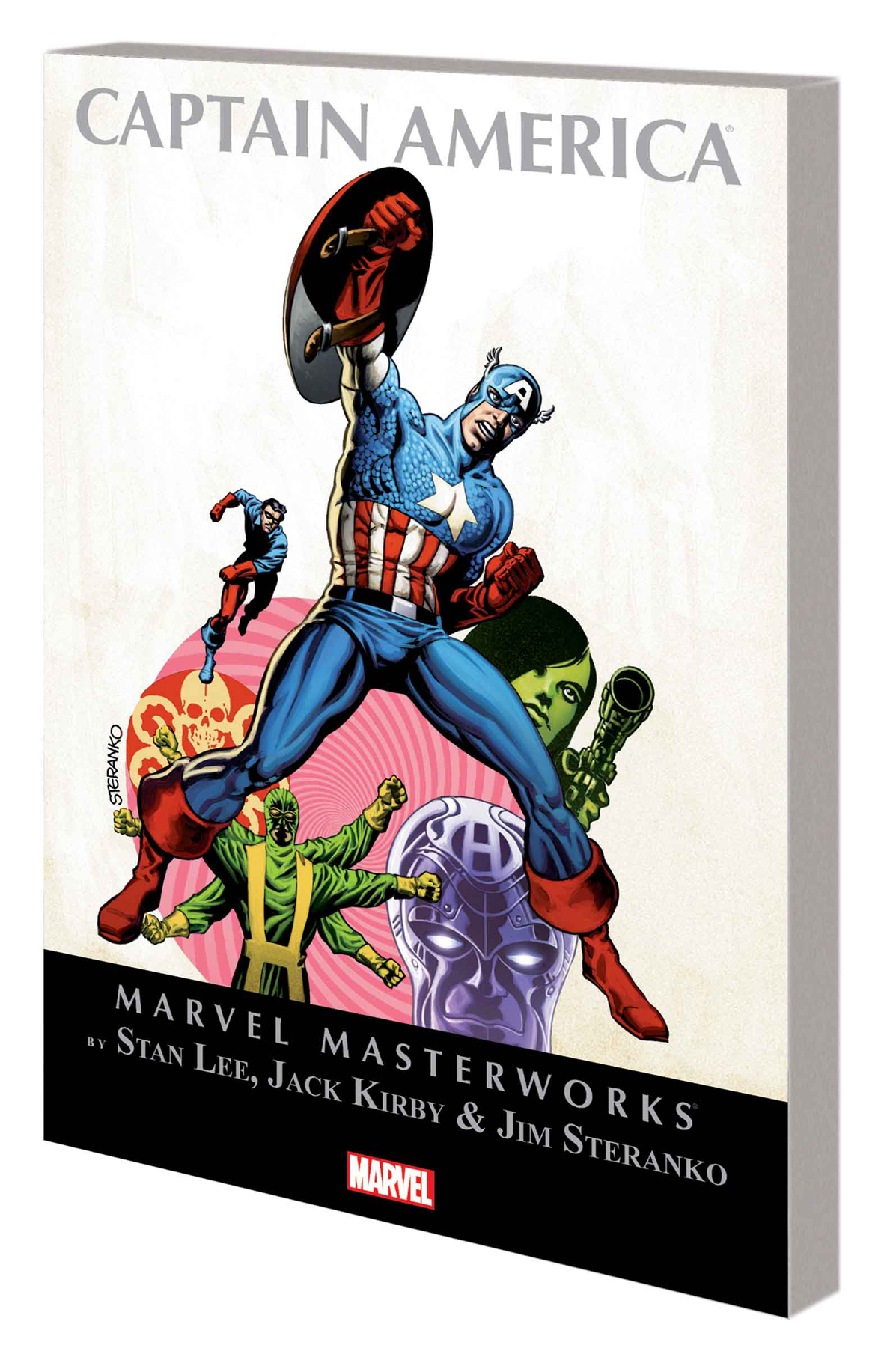 FEB140827
(W) Stan Lee (A) Jack Kirby (A/CA) Jim Steranko
The MARVEL MASTERWORKS proudly unfurl one of the greatest runs in Marvel history: Stan Lee, Jack Kirby and Jim Steranko's CAPTAIN AMERICA! We begin with the Red Skull in a plot that forces Cap to do his nemesis' bidding or risk America's nuclear annihilation! Its Kirby action at its best with Batroc the Leaper and the Trapster, and Lee drama at its deepest as Cap relives his first meeting with - and the death of - Bucky Barnes. Last, but most certainly not least, comes Jim Steranko! The master of the medium will take you on a ride like none other with Cap vs. the Hulk, the return of Bucky and...the death of Captain America! Collecting CAPTAIN AMERICA (1968) #101-113.
In Shops: Apr 30, 2014
SRP: $24.99
View All Items In This Series
ORDER WISH LIST