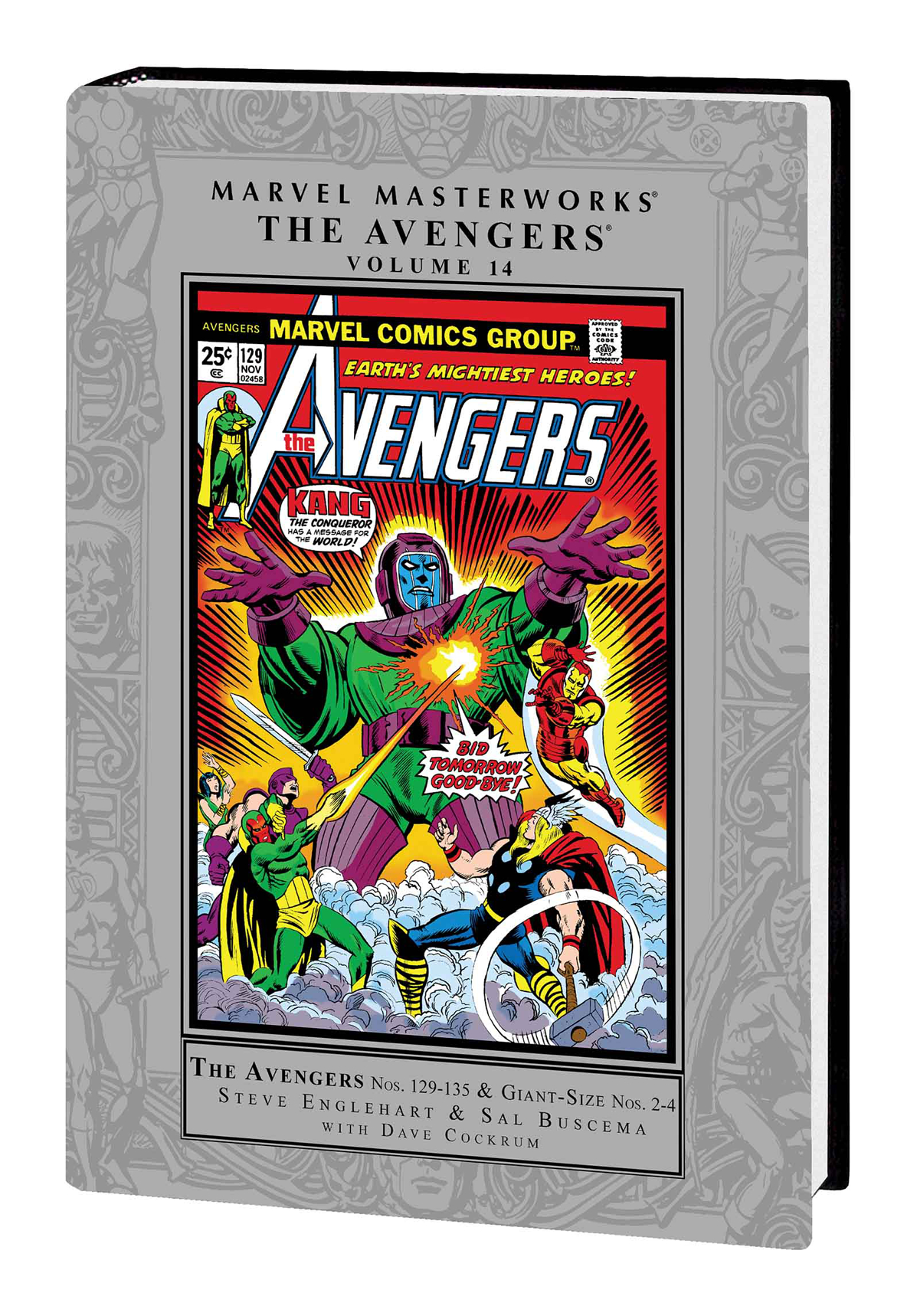 FEB140825
(W) Steve Englehart, Roy Thomas (A) Sal Buscema, Dave Cockrum, George Tuska, Don Heck (CA) Ron Wilson
Prepare yourself for one of the greatest sagas in Avengers history: the Celestial Madonna! Throughout his AVENGERS run, writer Steve Englehart slowly built the mysterious Mantis into one of the '70s most intriguing characters. Here, her tale reaches its cosmic climax in a series of adventures spanning space and time! The action begins when Kang the Conqueror arrives on the scene - and before it's over Hawkeye will return; an Avenger will die; the Legion of the Unliving shall rise; and Kang, Rama-Tut and Immortus will have time-twisted you in two! And that's just for starters, as this volume presents the origin of the Vision and the android Avenger's wedding to the Scarlet Witch! They're Marvel Masterworks, one and all! Collecting AVENGERS (1963) #129-135, GIANT-SIZE AVENGERS #2-4 and FOOM #12.
In Shops: Jul 16, 2014
SRP: $69.99
View All Items In This Series