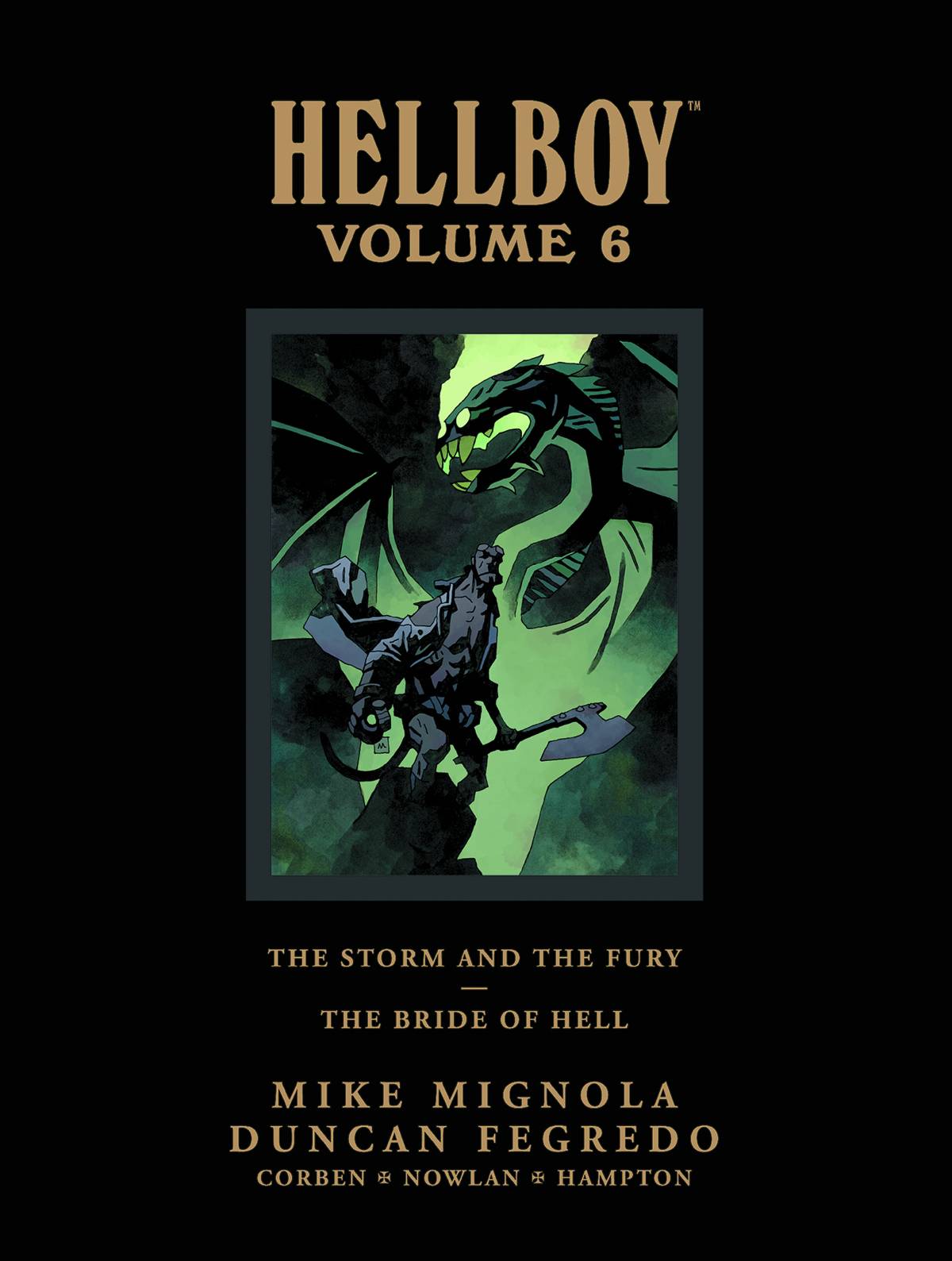 #
FEB130012
(W) Mike Mignola (A) Duncan Fegredo, Richard Corben, Kevin Nowlan, Scott Hampton (CA) Mike Mignola
The oversized Hellboy hardcover series continues, collecting the climactic death of Hellboy storyline from Mike Mignola and Duncan Fegredo, and one-shots by some of the greatest talents in comics! Hellboy Library Volume 6 collects two complete trade-paperbacks: The Storm and the Fury and The Bride of Hell and Others, as well as an extensive selection of previously unreleased art.
In Shops: Jun 05, 2013
SRP: $49.99
View All Items In This Series
ORDER WISH LIST