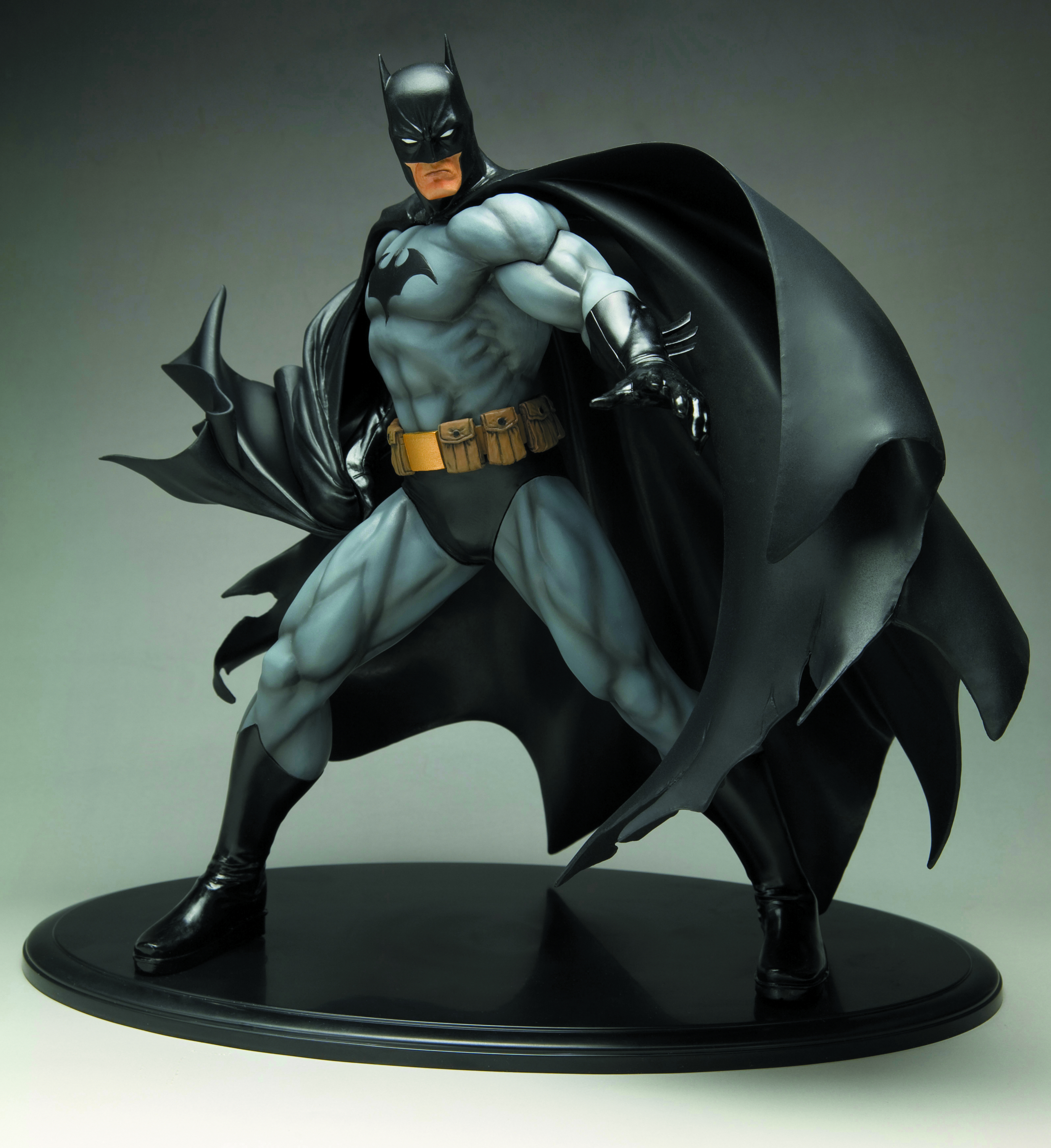 FEB121622
A KOTOBUKIYA Japanese import! A classic returns!  One of the original and most popular DC Comics ARTFX Statues is back in a new version to thrill fans all over again.  The comic book Dark Knight returns; where once he was the blue-suited Jim Lee Hush version, Bruce Wayne is now BATMAN BLACK COSTUME VER.!  Inspired by the magnificent art of Lee in the seminal 2002 storyline pitting Batman against some of his most diabolical enemies, the original ARTFX Statue captured the Caped Crusader as he appeared then.  It's only fitting that with Jim Lee drawing Batman in the current DC 52 Justice League that the classic Batman return in a tremendous all-new color scheme with some minor adjustments to the sculpt.  Batman is forever, and ready to fight crime on your shelves!
With his battle-tattered cape swirling dynamically around him, Batman strikes an intimidating pose designed to strike fear into the hearts of the evil doers of Gotham City.  Leaping into the fray against Joker or Two-Face, Bruce prepares a wide-legged stance for optimal balance while holding back his cape with one arm and keeping the other free to punch or pull a needed item from his utility belt!  The highly detailed sculpt and paint shadowing reveal the billionaire playboy's muscular physique, trained to the peak of human perfection and highlighted by the skin-tight Batman outfit.  The detail on the Dark Knight is just as good as it was on the original version, with expert touches including the belt, swirling cape, and of course the stern head sculpt.  Meanwhile, the new black and gray costume colors lend a darker, grittier look to Batman that makes him blend in even better with the night.
Sculpted by Kouei Matsumoto, Batman Black Costume Ver. stands 11 inches tall (1/6th scale) on a special display base.  While he looks great on his own, Batman also makes a perfect companion piece to the previously offered Dark Knight, Catwoman, and Joker!
In Shops: Sep 12, 2012
SRP: $99.99
ORDER WISH LIST