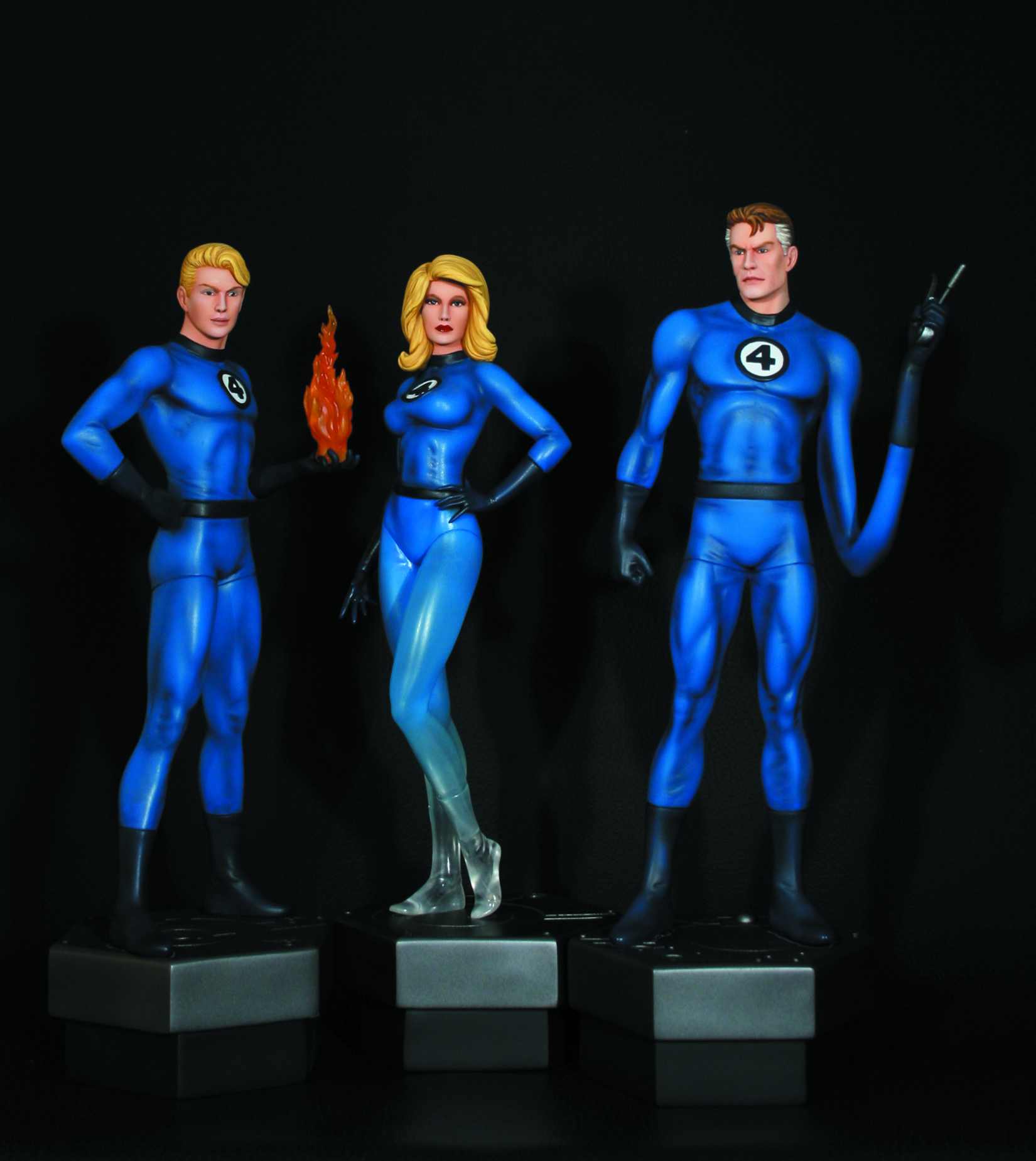 FEB121609
A Bowen Designs Sculpt! Rocketed into space, four astronauts found themselves granted incredible powers upon their return to earth - Reed Richards could move and flow like water, Johnny Storm could take flight like fire, and Sue Storm could become as intangible as air. Together with pilot Ben Grimm, himself transformed into rock as hard as earth, they became the Fantastic Four. This 3-pack of statues, each over 12" tall and sculpted by Mike Cusanelli, depict Richards and the Storms in their heroic garb and match with the Thing statue offered in the January 2012 PREVIEWS to complete the Fantastic Four!