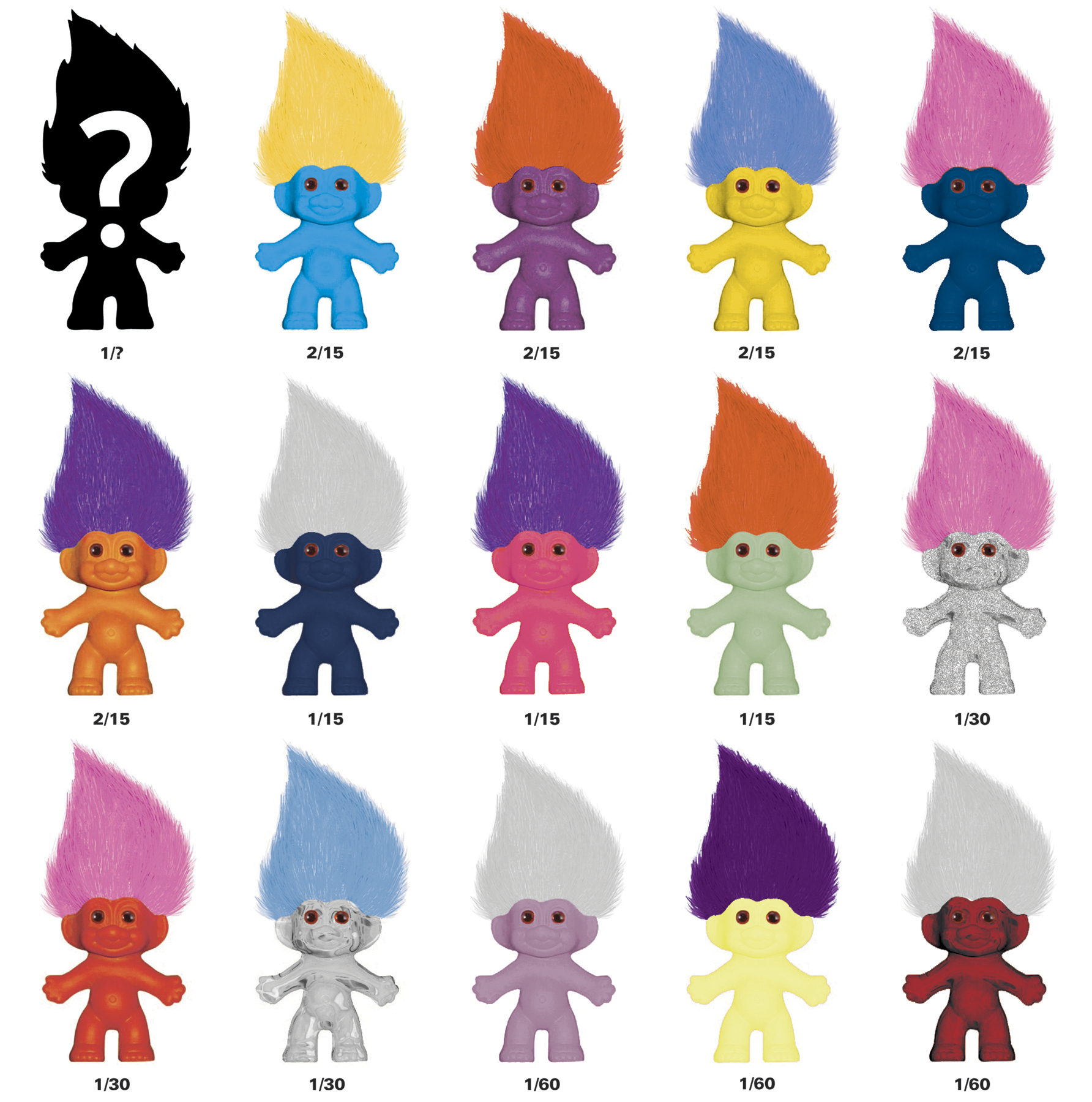 FEB120071
Trolls became one of America's biggest toy fads in the early 1960s, and again over the years in various revivals from many toy manufacturers.

In 2003, Toy Industry Association commemorated them among the one hundred most creative toys of the twentieth century. Also in 2003, a Congressional law allowed the Dam family of Denmark to restore their original U.S. copyright and become the only official owner. After keeping them off the market for nearly a decade, they have awarded Dark Horse Deluxe a license to bring back Trolls in a "mystery box" program.

This all-new assortment of colorful designs, with an array of hair colors and exotic surface treatments from glitter to metallic to flocked, are sure to stun both collectors and casual fans.