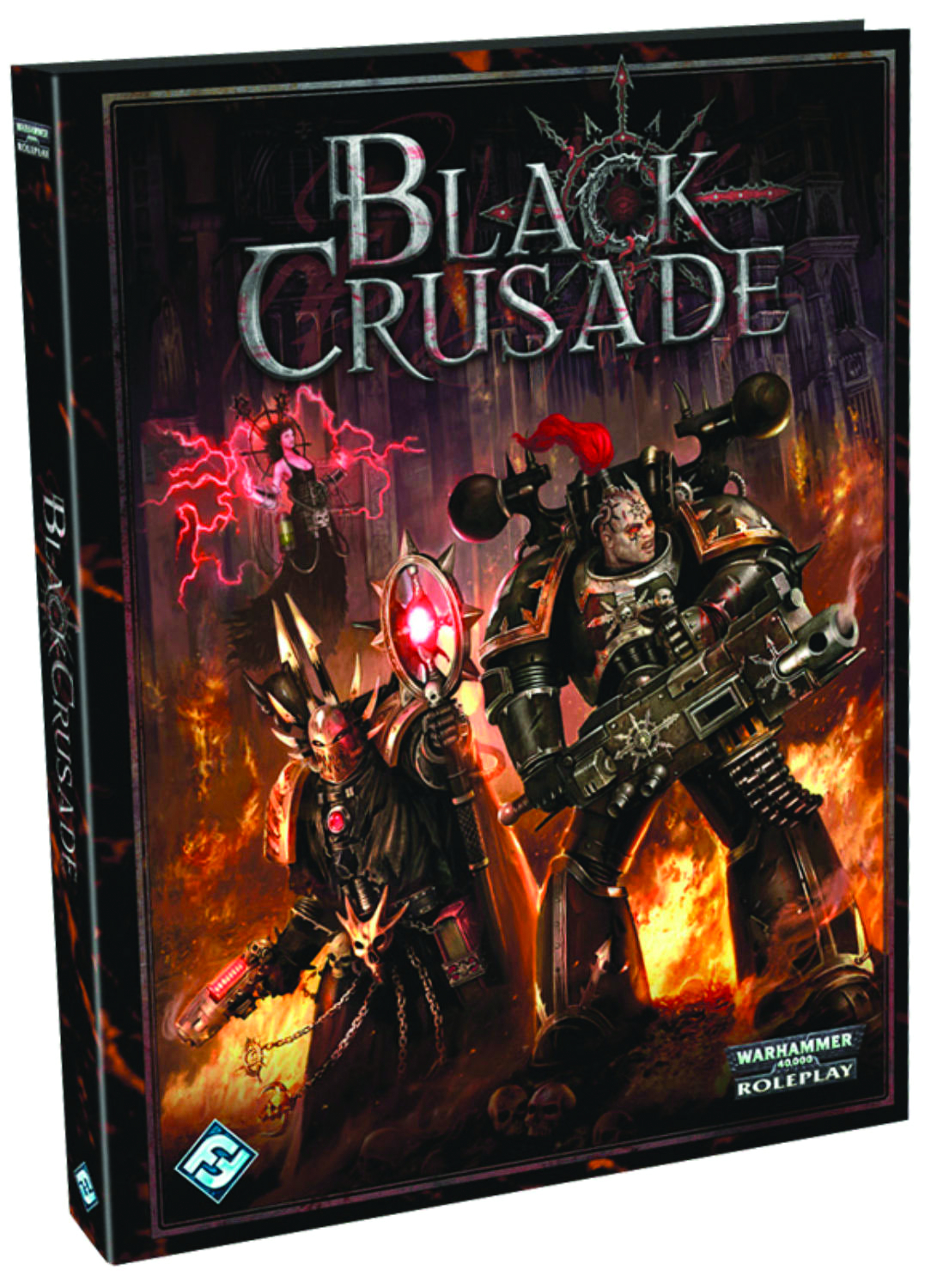 FEB118069
(W) Sam Stewart
From Fantasy Flight Publishing. The days of the Imperium of Man are coming to an end. Are you prepared to embrace Chaos? Throughout the wildly successful Warhammer 40,000 Roleplay line, one common factor is Chaos: the ubiquitous antagonist responsible for much of what defines this immersive setting. But with the release of Black Crusade, players will examine an exciting new set of character motivations. Are the agents of Chaos truly the enemies of humanity, or are they merely deluded slaves to powers beyond their comprehension? Black Crusade offers players a chance to explore the depth of this universe in a unique new way, and it gives Game Masters of all four Warhammer 40,000 Roleplay titles the ultimate toolkit to create engaging new villains. Black Crusade is an exciting, new, standalone addition to Fantasy Flight Games' popular Warhammer 40,000 Roleplay line, offering players an entirely new perspective on the conflict between the Imperium of Man and the forces of Chaos. This groundbreaking concept delivers the opportunity to play as an agent of Chaos, whether as a Chaos Space Marine or a human Servant of Chaos. Scheduled to ship 09/21/11. (8906)