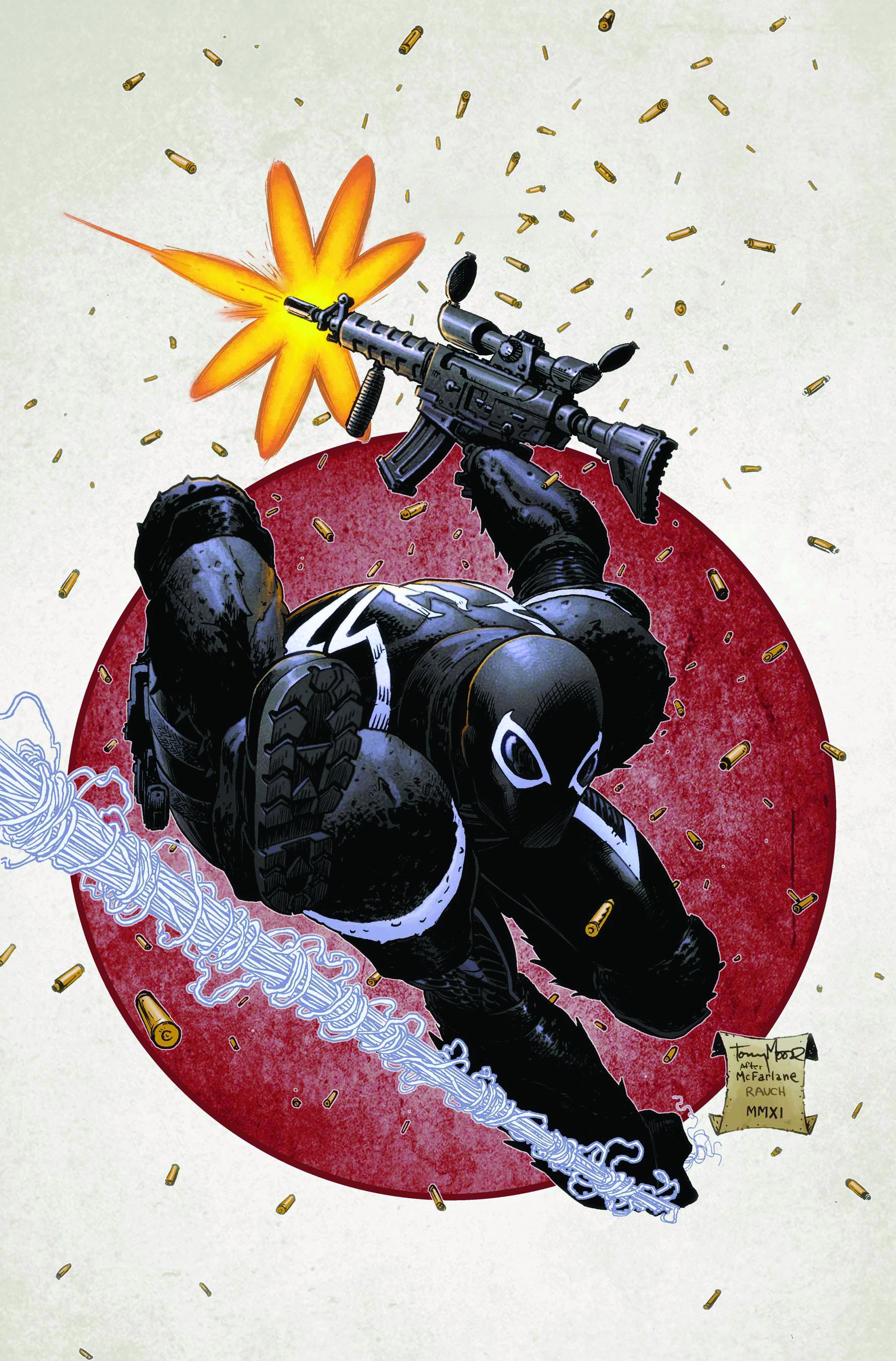 FEB110554
(W) Rick Remender (A/CA) Tony Moore
Written by RICK REMENDER
Pencils & Cover by TONY MOORE
A mysterious super villain has weaponized Antarctic. Vibranium to sell to dictators, madmen and terrorists across the globe. To stop this WMD, the US military unleashes the enhanced black ops agent Venom! First stop on his hunt: The Savage Land! But who's hunting who? Venom soon discovers that death stalks these jungles; Kraven the Hunter stalks these jungles! Rick Remender (UNCANNY X-FORCE, PUNISHER) and Tony Moore (PUNISHER, The Walking Dead) give you ringside seats to the grittiest, down-and-dirtiest brawl of the year! Venom vs. Kraven the Hunter!
32 PGS./Rated T+