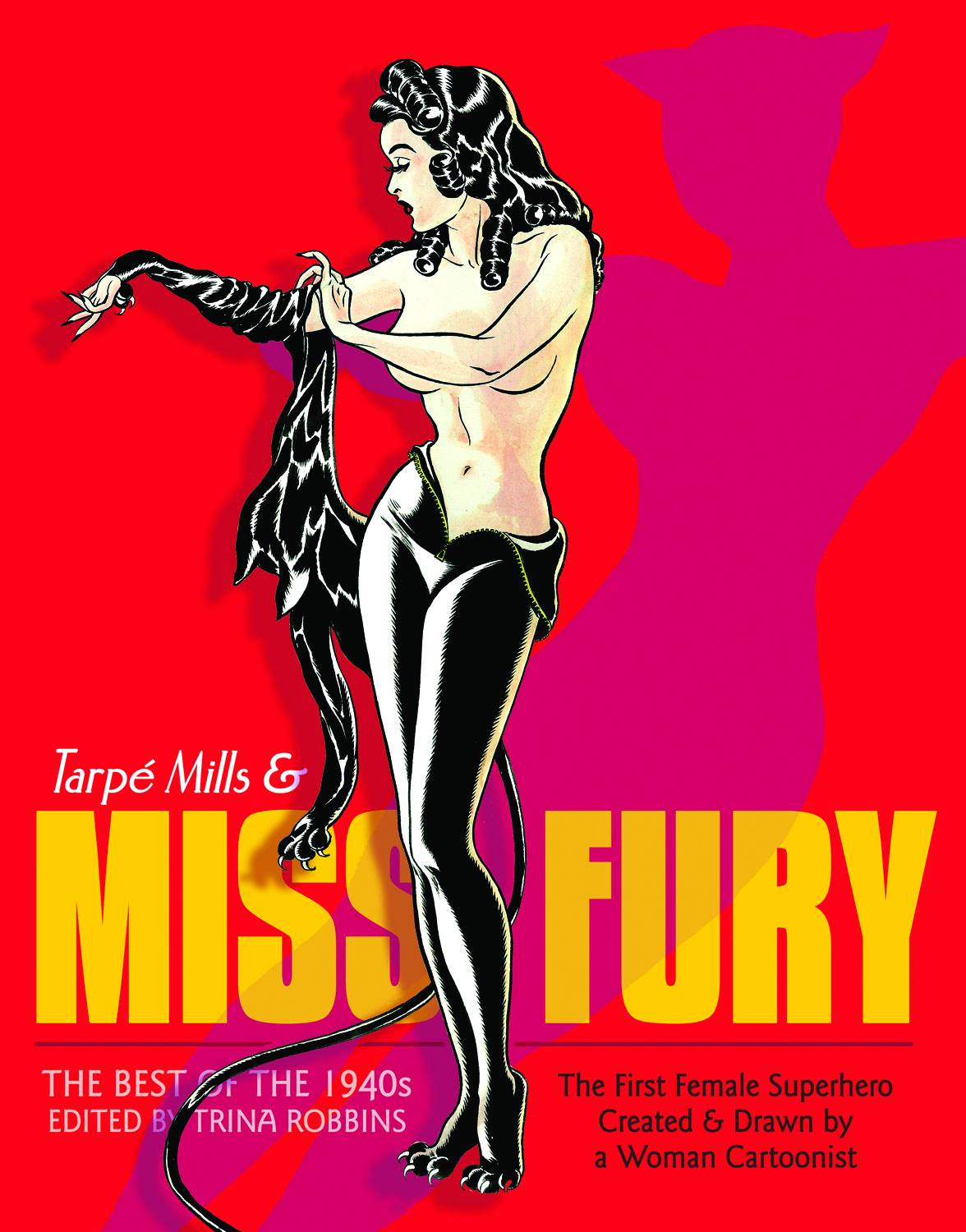 FEB110371
(W) Tarpe Mills (A/CA) Tarpe Mills
Catfights and crossdressers, mad scientists and Gestapo agents with swastika branding irons-it's one lurid and exciting adventure after another in this lavish, full-color collection of the first female superhero created and drawn by a woman. Miss Fury was a sexy adventurer clad in a skin-tight panther costume. By day, she was socialite Marla Drake. By night... Miss Fury. In the first half of the 20th century, women cartoonists could be found in America's newspapers, but Tarp Mills was one of the few who drew adventure comics, and the only one who drew a costumed superheroine. The Miss Fury Sunday newspaper strip ran from 1941 until 1952 and had millions of readers, among them GIs who painted the beautiful action heroine on the nosecones of their bombers.