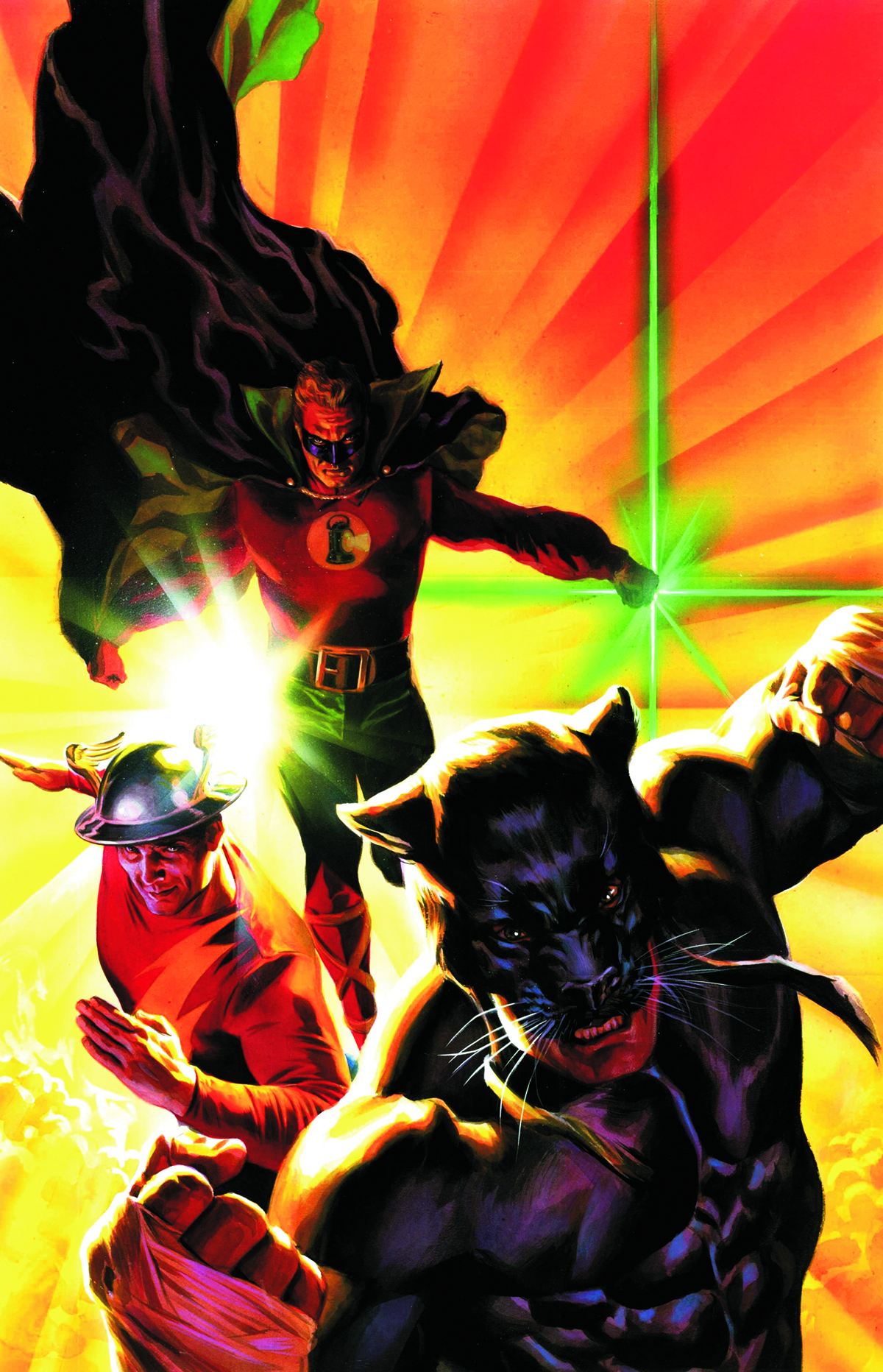 FEB110179
(W) Marc Guggenheim (A) Tom Derenick, Howard Chaykin, Freddie Williams II (CA) Felipe Massafera
Written by MARC GUGGENHEIM
Art by HOWARD CHAYKIN and more
Cover by FELIPE MASSAFERA
1:10 Variant cover by DARWYN COOKE
We're celebrating the fiftieth issue with an extra-sized spectacular and a roster of artists you won't want to miss! The team must explore a bizarre and fantastic underworld found beneath Monument Point . . . with the help of the one and only Challengers of the Unknown! And why was Senator Eagin out to get the JSA during the long-ago witch hunts against the mystery men?