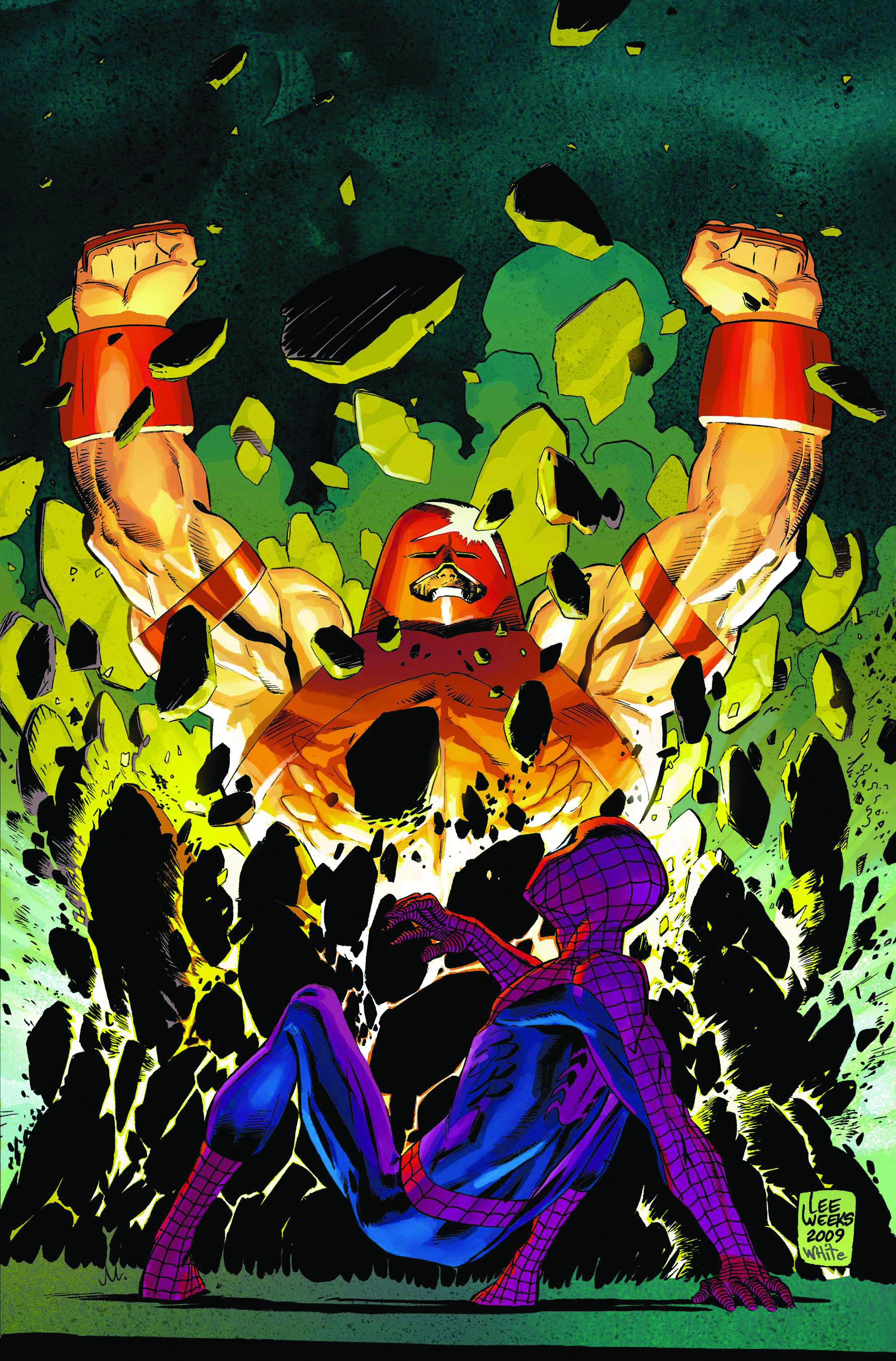 FEB100480
(W) Roger Stern (A/CA) Lee Weeks
Written by ROGER STERN
Pencils & Cover by LEE WEEKS
"SOMETHING CAN STOP THE JUGGERNAUT, PART 3"
Spider-Man and Juggernaut are trapped in an unearthly realm by a being of mind-bending power. But who is their tormentor? What's his connection with Spider-Man? And why does he hate the Juggernaut? All is revealed in a final showdown that threatens to shake Manhattan to its very foundations -- and brings the Spider-Man/Juggernaut Trilogy to a fateful conclusion! Whatever else you do this week, you dare not miss "With Greater Power...!" It's Marvel History-in-the-Making by Stern & Weeks! Plus, a prelude to the Return of the Lizard by Zeb Wells and Chris Bachalo.
32 PGS./Rated A ...$2.99