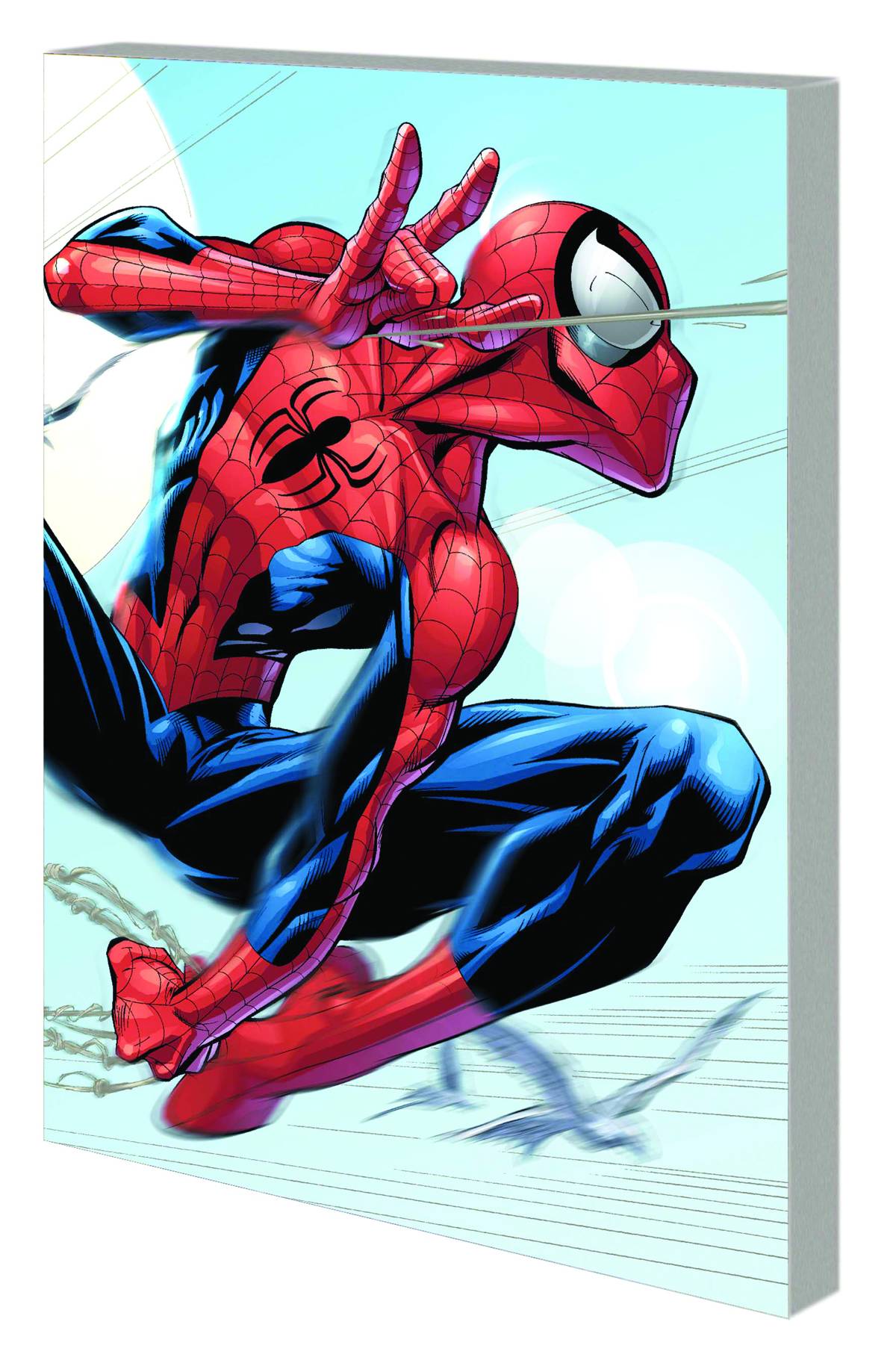 FEB092635
(W) Brian Michael Bendis (A/CA) Mark Bagley
Written by BRIAN MICHAEL BENDIS
Penciled by MARK BAGLEY & ART THIBERT
Cover by MARK BAGLEY
The Green Goblin returns - will Spider-Man survive the rematch? Peter Parker has a secret. Bitten by a radioactive spider, he gained the powers of a human arachnid - super-strength, adhesion to walls and incredible agility. Inspired by his uncle's tragic death, Peter became Spider-Man, New York City's hometown super hero. Only two people know his secret identity - one is his best friend, confidante and girlfriend Mary Jane Watson. The other - ruthless businessman Norman Osborn, otherwise known as the Green Goblin. In their first battle, Norman nearly killed Peter before his own apparent death. But now, the Goblin has returned, more powerful than ever before. And Osborn will use his knowledge of Peter's double identity to control the teenager - threatening the lives of Mary Jane and his beloved Aunt May if Peter refuses to obey. Will Spider-Man be forced to serve his greatest enemy to protect his loved ones from harm? Collecting ULTIMATE SPIDER-MAN #14-27.
336 PGS./Rated A ...$29.99