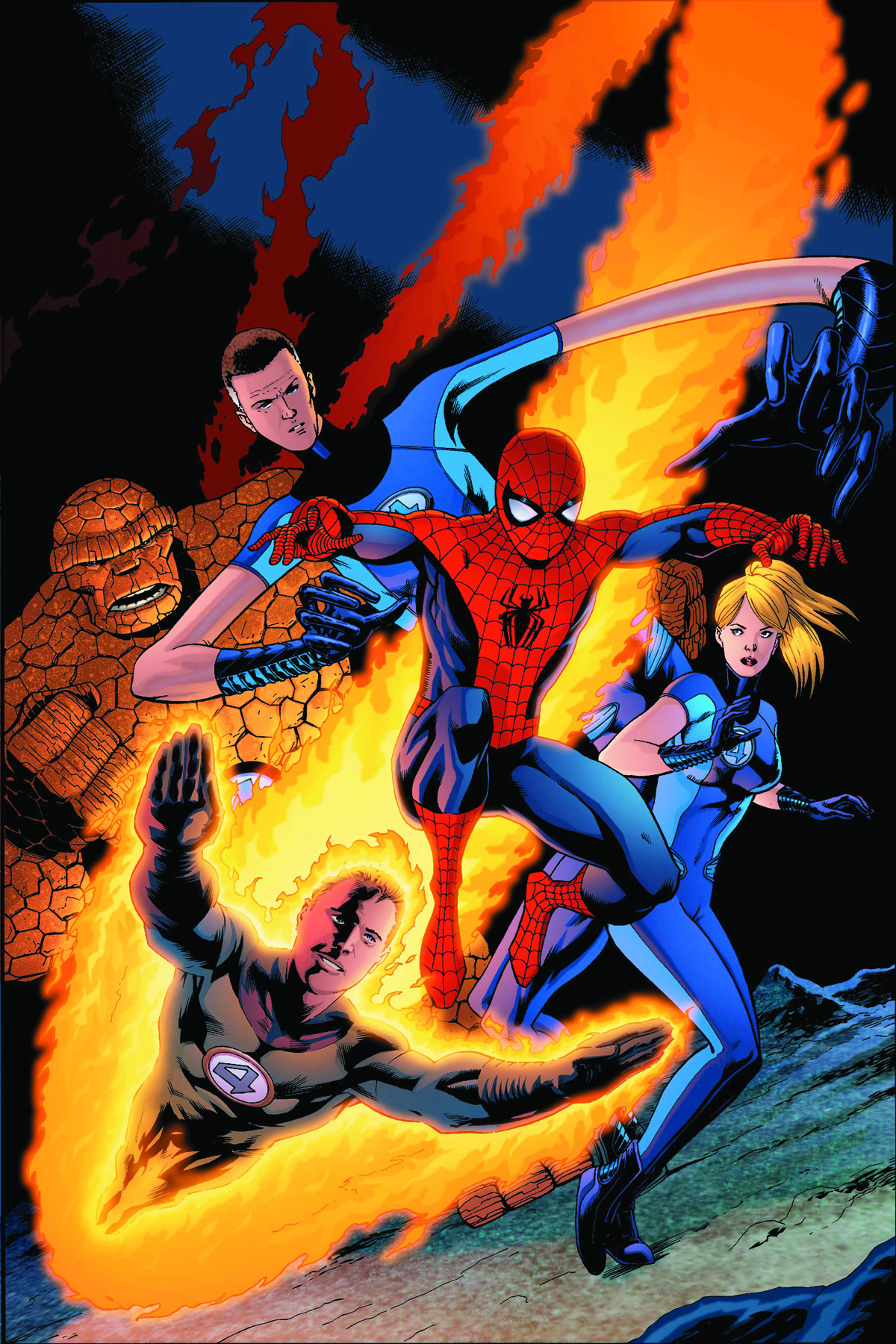 FEB092485
(W) Dan Slott (A/CA) Barry Kitson
Written by DAN SLOTT
Pencils & Cover by BARRY KITSON
Wolverine Art Appreciation Variant by PAOLO RIVERA
FACE FRONT Part 1 (of 2)-An adventure from Spider-Man and the Fantastic Four's past is about to have a profound effect on their future...That's if Spidey and the Torch can stop fighting long enough to notice!  What's the cosmic-level rift that's dividing two of the Marvel U.'s best friends? Plus, a dark turn for Harry Osborn.  A new role for Mr. Negative.  And the start of a story that's going to effect almost every title at Marvel Comics!  We kid you not!!!
32 PGS./Rated A ...$2.99