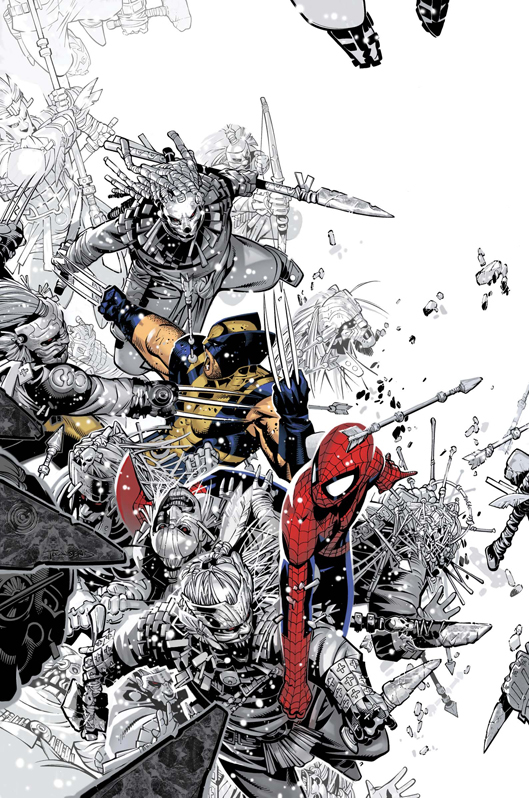 FEB082205
(W) Zeb Wells (A/CA) Ben Steeves
Written by ZEB WELLS
Pencils & Cover by CHRIS BACHALO
Variant Cover by SIMONE BIANCHI
Month Four of Brand New Day is upon us and so is the worst blizzard in the history of New York City!  It's colder than an outdoor  hockey game in January out there and your favorite Wall-Crawler (aided by his Avengers buddy, Wolverine) must find his way through the cold to rescue a doctor who may know the real secret behind the deadly storm.
32 PGS./Rated A ...$2.99