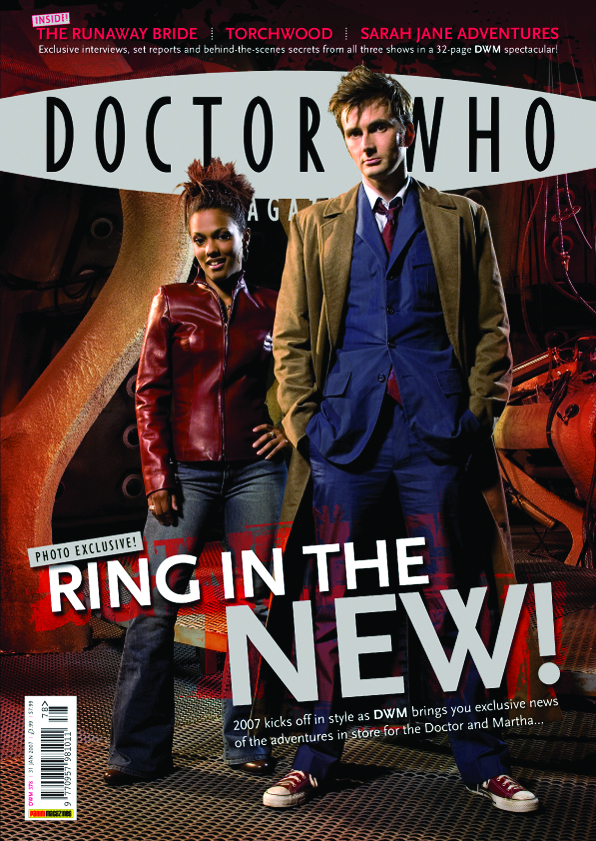 FEB073937
Doctor Who Magazine is the official magazine of the hit BBC series, with news, features, interviews, and full-color comic strip action! This issue there's an interview with Steven Moffat about his new episode, and a full set report on the return of the Daleks in the new story "Daleks in Manhattan." The Doctor and Martha continue their latest comic strip adventure in "The Woman Who Sold the World." Also in this issue: executive producer Russell T. Davies reveals more backstage shenanigans in his Production Notes column; a preview of upcoming new episodes; the Time Team enjoy Warriors of the Deep and The Awakening as they continue their mission to watch every Doctor Who story in order; and all the latest books, audios, and DVDs are previewed and reviewed.