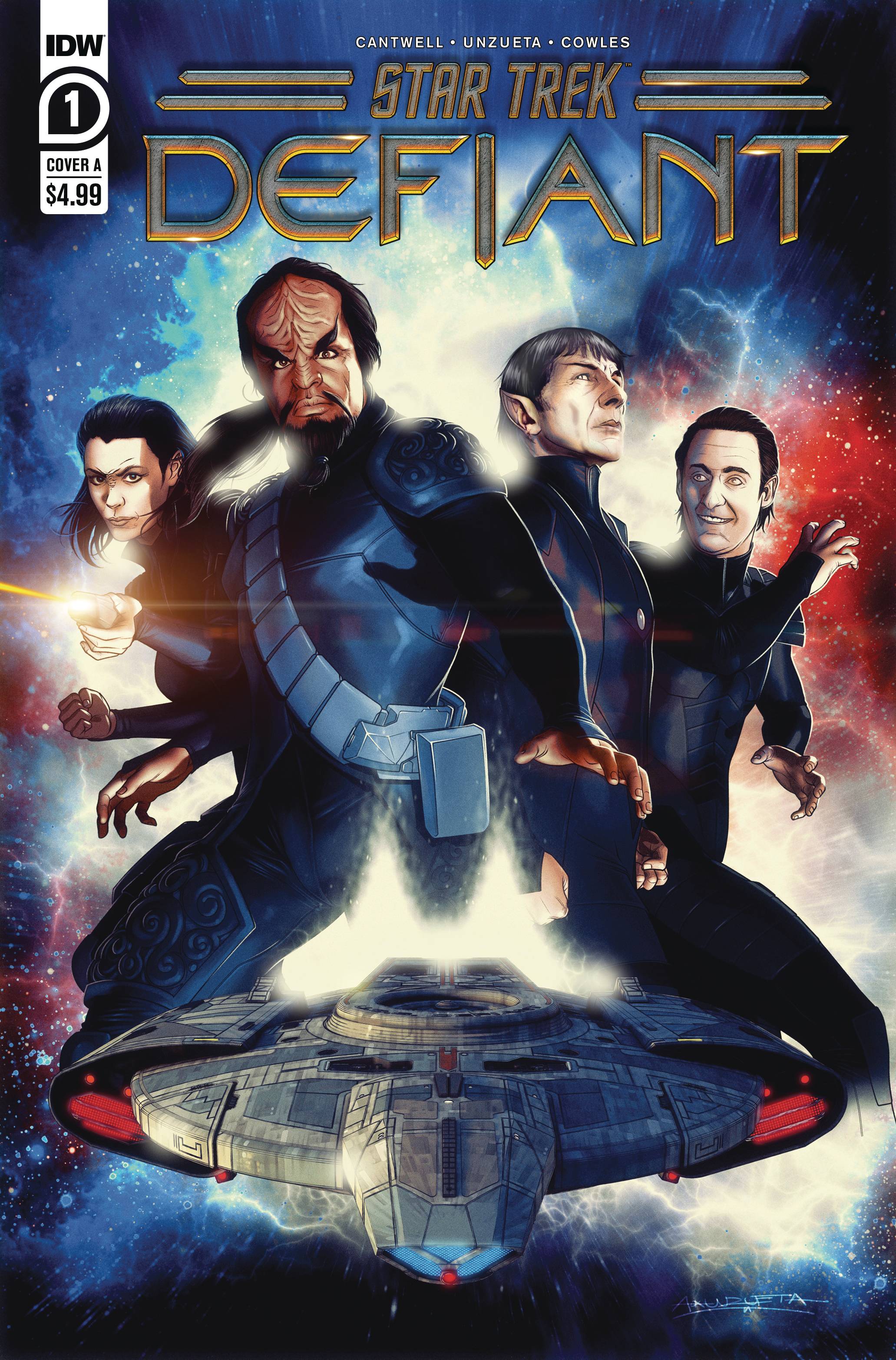 #
DEC221417
(W) Christopher Cantwell (A/CA) Angel Unzueta
A brand-new series comes spinning directly out of the hit Star Trek comic book! Someone is killing the gods. But Benjamin Sisko's Prophets-guided dealings of the higher cosmos has led him to forget about the very real casualties on lower ground. The enemy is a man, not a god. And Worf of House Martok has put together his own crew aboard the U.S.S. Defiant in hopes of defeating the dangerous messiah behind this genocidal cult. The Dirty Dozen meets Star Trek in this new series from the creative mind of Chris Cantwell and drawn by Angel Unzueta! Star Trek: Defiant is the first expansion of IDW's exciting new Star Trek initiative that started with the 400th issue and carries on into a bold new storytelling future!
In Shops: Mar 15, 2023
SRP: $4.99
View All Items In This Series
ORDER SUBSCRIBE WISH LIST