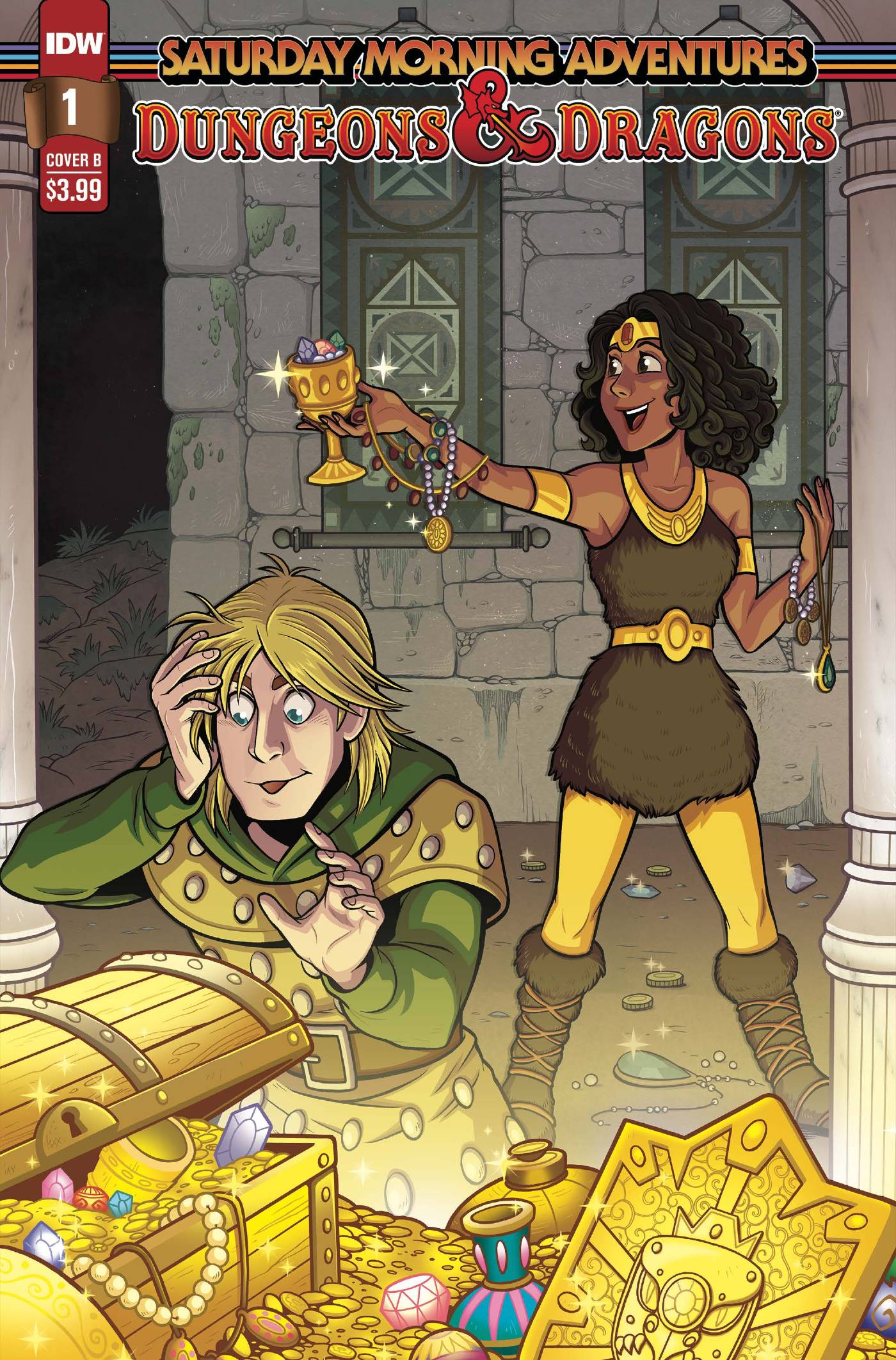 #
DEC221392
(W) Sam Maggs (A) George Kambadais (CA) Brenda Hickey
Long before the world turned upside down and new generations discovered D&D, six kids boarded a magical roller coaster and were transported to the Forgotten Realms!Noble ranger Hank, intrepid acrobat Diana, quiet thief Sheila, impulsive barbarian Bobby, fearful cavalier Eric, and uncertain magician Presto only want to get back to their own world. But escaping the Realms has turned out to be much harder than getting there! Danger lurks at every turn, the enigmatic Dungeon Master is less than helpful, and Venger, the force of evil, will stop at nothing to get his hands on the magical weapons the kids have come to rely on. To top it off, Hank has made a startling discovery: Despite the dangers, Sheila, Bobby, Diana, and the others aren?t so sure they want to go home after all!Fan-favorite bard Sam Maggs (Rick and Morty Ever After, Star Wars Adventures) joins artificer George Kambadais (John Carter of Mars, I Can Sell You A Body) for a thrilling "lost episode" that charts new territory in the world of Dungeons & Dragons.Dungeons & Dragons aired on CBS in 1983 and ran for three seasons, with 27 episodes, but premature cancellation meant crucial scripts went unproduced. And yet it still made an indelible impression on its audience, and legions of D&D players recall it fondly to this day.
In Shops: Mar 29, 2023
SRP: $3.99
View All Items In This Series
ORDER SUBSCRIBE WISH LIST