INVESTIGATORS AGENT OF S U I T GN VOL 01 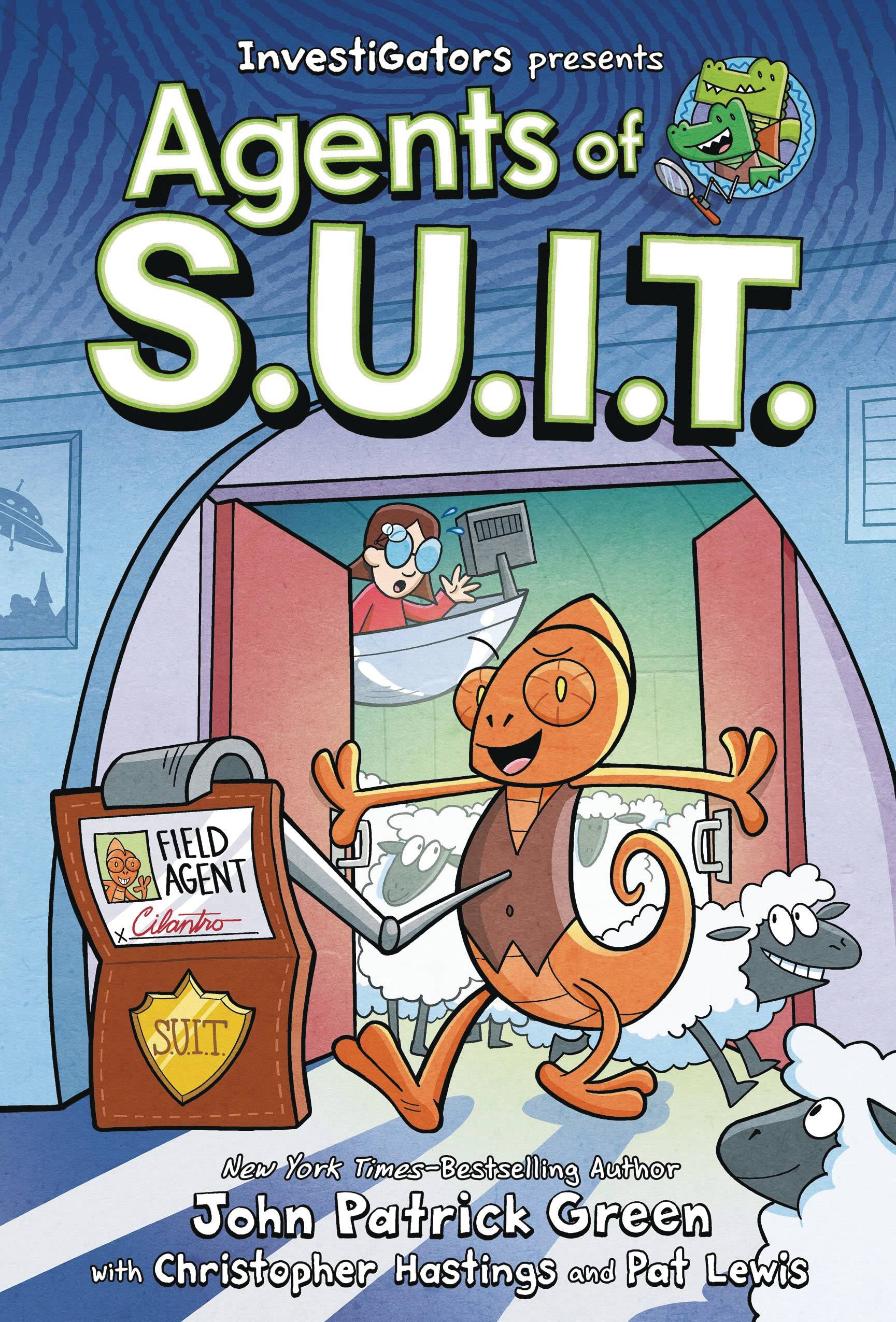 #
DEC221361
(W) John Patrick Green, Christopher Hastings (A) Pat Lewis
The world of John Patrick Green's kid-favorite InvestiGators series expands with the first volume of Agents of S.U.I.T., a brand-new spinoff shining a light on some of Mango and Brash's colorful coworkers. Cilantro the Chameleon finally gets what she's been waiting for: a field assignment. Only.  it's literally out in the middle of a field, and her orders are so vague, she can hardly tell what she's supposed to be investigating. But as she begins to uncover a sheep-led worker's rights revolt and an alien invasion conspiracy-not to mention a spooky haunting at the abandoned S.U.I.T. field outpost-Cilantro steps into her own V.E.S.T. as a valued member of the team.
In Shops: Feb 22, 2023
SRP: $10.99
View All Items In This Series
ORDER SUBSCRIBE WISH LIST