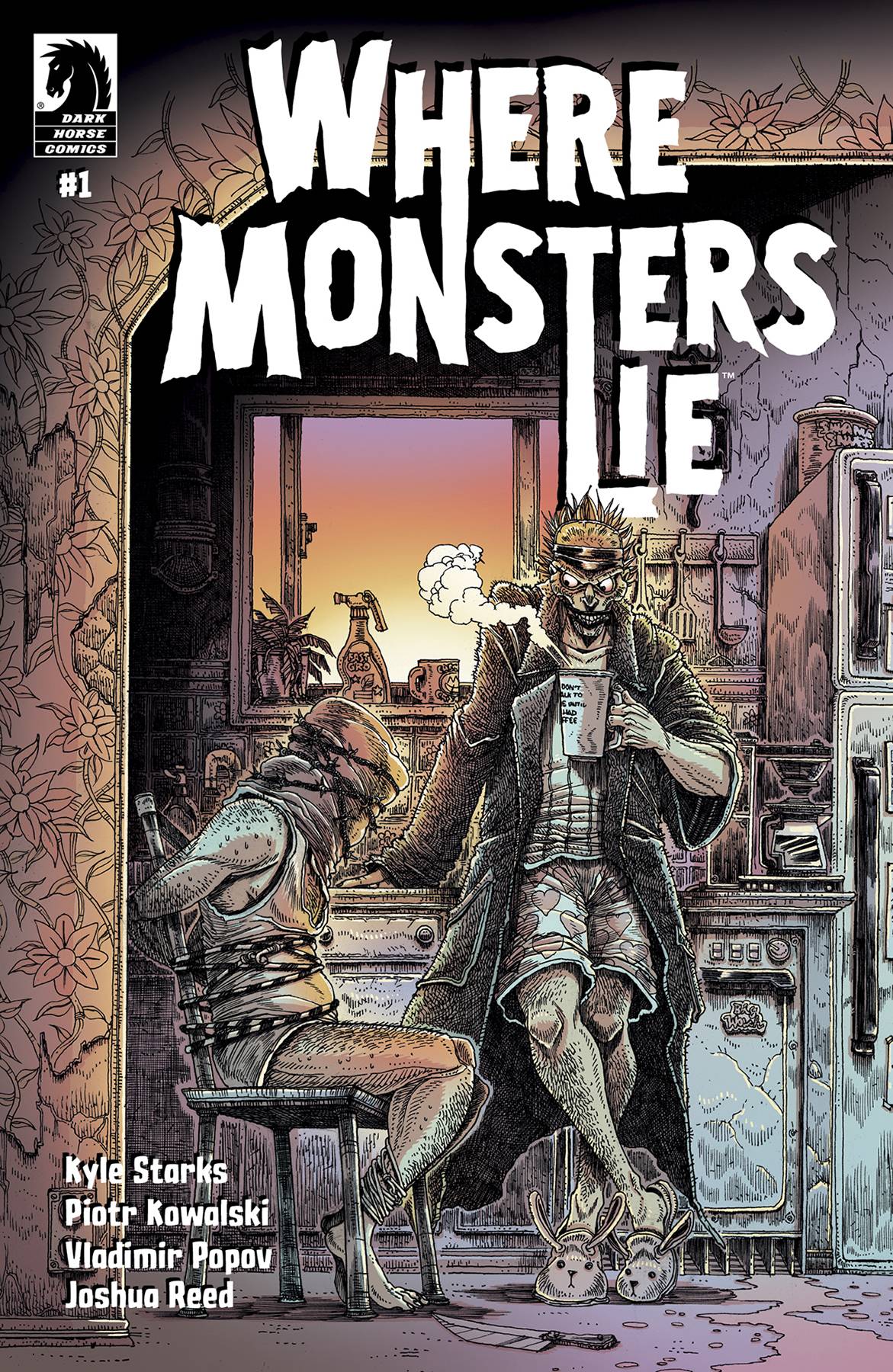 #
DEC220420
(W) Kyle Starks (A) Piotr Kowalski (CA) James Stokoe
Haven't you always wondered what slasher monsters-the masked home invasion family, the mindless unkillable monster, the serial killer trapped in a doll-what they do for those couple of years in-between their murder sprees? They're at Wilmhurst-a gated community in the middle of nowhere where they relax-or try to-until they get the call to go out and kill again.

Connor Hayes survived his first slasher in summer camp. A handful of years later he barely escaped a psychopath who built torture puzzles for his victims. Since then he's been training and planning for running into these creatures again. He's a respected special agent, and now he knows where the monsters lie and he's planning for war.

The latest creator-owned series from I Hate this Place's Kyle Starks!
In Shops: Feb 01, 2023
SRP: $3.99
View All Items In This Series
ORDER SUBSCRIBE WISH LIST